Dave Mustaine, the frontman of Megadeth, revealed on Twitter this week that he has come down with Lyme disease.

Mustaine’s tweet garnered some follow-up responses from fans, including one who stated, “Make sure no Lyme Disease.” The Megadeth leader confirmed what the fans were speculating, responding, “That’s what it is.” However, Mustaine later revealed to fans, “I’m ok. Don’t worry.” 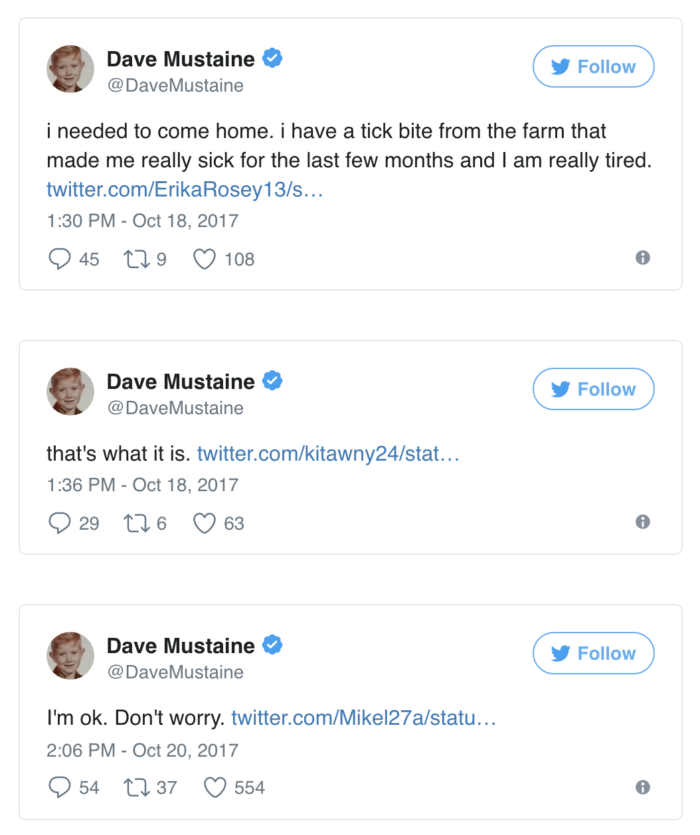