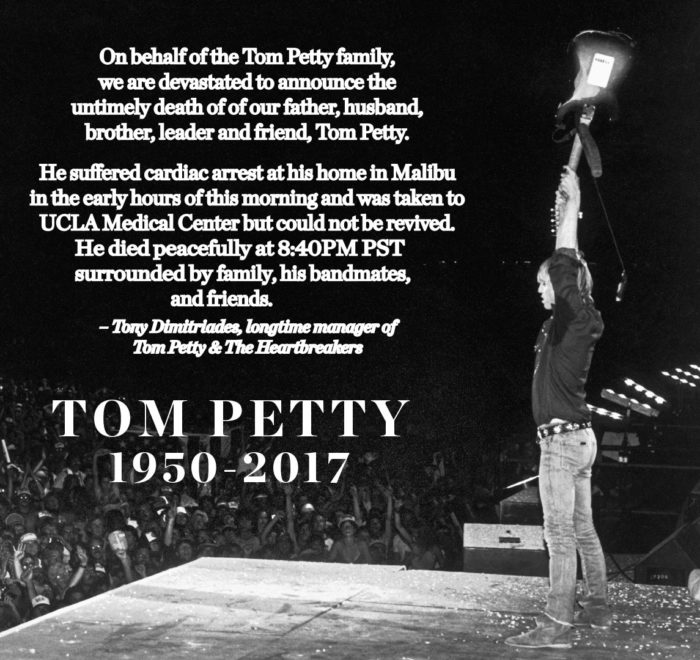 UPDATE 11:20PM CDT: Breaking: Tom Petty has died, his longtime manager Tony Dimitriades has confirmed. Rock star Tom Petty died at the age of 66 after suffering a cardiac arrest at his California home. 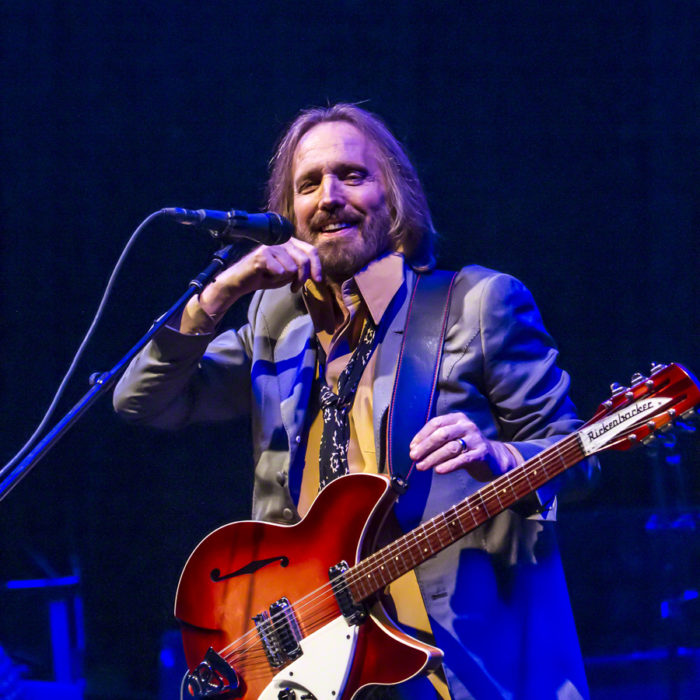 Tom Petty UPDATE: It appears CBS news of Tom Petty’s death was premature. As of 7:40PM CDT Monday, the LA Times, CBS News and the LAPD are reporting that Tom Petty is still hospitalized in critical condition, and is off life support but has not died.

Tom Petty was taken to UCLA Medical Center for a cardiac incident Sunday night, but as of 1:15 p.m. PDT Monday there was no official confirmation that the 66-year-old rock musician had died.

The Los Angeles Police Department, which had been cited in a report by CBS News and subsequently by other outlets that picked up the CBS news story, tweeted Monday afternoon that “Initial information [that Petty died] was inadvertently provided to some media sources.”

We’re sending our prayers and best wishes to Tom Petty and his family at this difficult time.

(1/2)The LAPD has no information about the passing of singer Tom Petty. Initial information was inadvertantly provided to some media sources

(1/2)The LAPD has no information about the passing of singer Tom Petty. Initial information was inadvertantly provided to some media sources

UPDATE At this time, Tom's still clinging to life. A report that the LAPD confirmed the singer's death is inaccurate https://t.co/bh8sqdvEw9 pic.twitter.com/drKY64eG1z

First reported by TMZ, the rock legend was rushed to the hospital on Sunday night after suffering a “full cardiac arrest.” The LAPD confirmed the singer was taken off life support.

TMZ also reported that, “…after Petty got to the hospital he had no brain activity and a decision was made to pull life support.”

The Florida native is a Rock and Roll Hall of Famer best known for a string of hits with his band, Tom Petty and the Heartbreakers. Their most popular tracks include “I Won’t Back Down,” “Runnin’ Down a Dream” and “American Girl.”