Best of the House of Hair BuzzChic’s Turkey Day Recipes 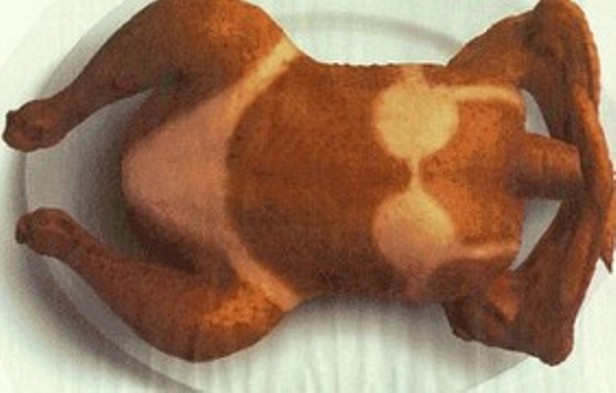 Way back in 2010, Here’s what the BuzzChic was cookin’ for Turkey Day!

The History of the Turducken

According to the History Channel, Hebert’s Meats in Lousiana claims to be the original creator of this 18-pound combination of duck, chicken and turkey. Here’s the scoop on how he invented it.

Turducken in a Pig Wrapped in Bacon

BuzzChic’s unique Turkey Day recipe pick this year goes to the “TurBaconDuckenEpic” a Turkey, Duck, Chichen, Cornish Hen, Quail with bacon croissant stuffing all stuffed in a 20 lb. pig and then all nicely wrapped in pork bacon, glazed with Dr. Pepper and what appears to be a dozen boxes of butter… Check out the crazy video from Epic Meal Time. This video is Epic and METAL!

Want a recipe for a Bacon Wrapped Turducken? Try this one over at Instructables.com.

Want to buy a bacon wrapped turducken (less the pig and Dr. Pepper butter glaze) already made? BaconToday.com has you covered; order it here.

The Turducken of Cheese Balls

This is an Epic twelve (12!) layer cheese ball! Make sure you’ve invited plenty of guests over to eat it: This appetizer weighs in at about five pounds. Get the Recipe at CHOW.com.

One of BuzzChic’s all time favorite Turkey Day recipe picks is the “Cherpumple”! The perfect dessert for your Turducken feast, it’s all your classic Thanksgiving pies — cherry, pumpkin and apple pie — stuffed into one monster cake. It’s a three-layer cake with a pie stuffed in each layer. The apple pie is baked in spice cake, the pumpkin in yellow cake and the cherry pie in white cake.

For a true metalhead dessert, be sure to serve yours as CHERPUMPLE FLAMBE! Yes, you can serve your Cherpumple FLAMING! To serve your “monster” pie cake FLAMING …it’s easy… just make a little puddle of lemon extract in the frosting on the top of your cake. Then gather friends and family around, turn out the lights and watch it burn. Make sure to have 911 on speed dial, just in case. Just how would you explain to your nosy neighbors that a CHERPUMPLE burned your house down!?

Shown above with its creator, Charles Phoenix – who looks entirely too pleased with his mutant dessert creation, if you ask us! Click here for the recipe – but be warned, it’s not for the faint of heart or the small of kitchens!

Speaking of the CherPumple, the PieCaken is the hot Thanksgiving dessert trend. Talk about a triple threat! Nothing says Thanksgiving like pumpkin pie … or pecan pie … or apple crumble… or all three together!

Chef Zac Young, who heads up pastry for Craveable Hospitality Group, decided to create the Turducken of dessert: The PieCaken – pecan pie, topped with pumpkin pie, topped with upside down apple cake. He dreamed up the gorgeous monstrosity for one of his restaurants, but once he instagrammed it, everyone was asking where they could buy one for themselves. Once Kelly Ripa mentioned it on her show, a best seller was born. Here’s Zac’s Thanksgiving PieCaken recipe.

Want different pie flavors? Well here’s a list of 10 different PieCaken recipes so you can craft your very own custom PieCaken. Our fave pick? The Chocolate Cherry PieCaken: Cherry Pie inside Chocolate Cupcakes. We think Warrant would approve! 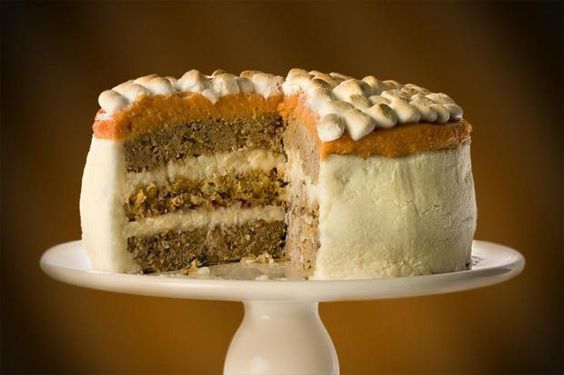 Whether this Thanksgiving centerpiece incites horror, amazement, or laughter when it’s served, it’s certain to evoke some kind of outburst. It’s an insane layer cake composed of an entire turkey dinner: ground turkey filling, mashed potato “icing,” with stuffing, sweet potatoes, cranberry sauce, and more. Get the recipe over at Chowhound.com. 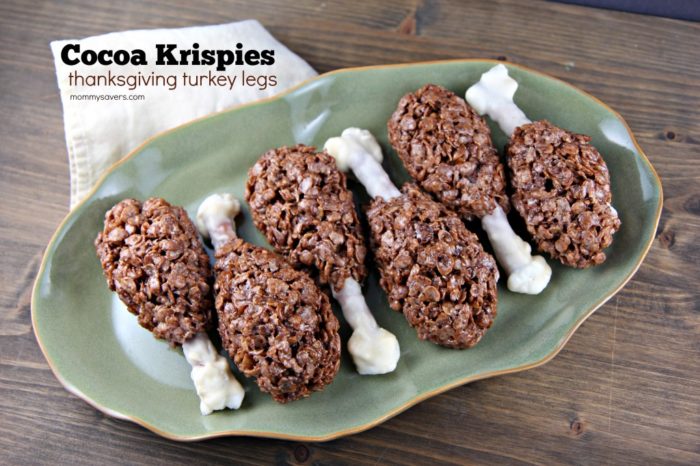 While you’re at it, might as well dig out the Cocoa Pebbles and whip up some “Stay Hungry” Turkey legs.  This one is for you advanced chefs and/or crafty types, as you gotta craft those leg bones out pretzels and almond bark and mini-marshmallows.  Go for it with the recipe right here. 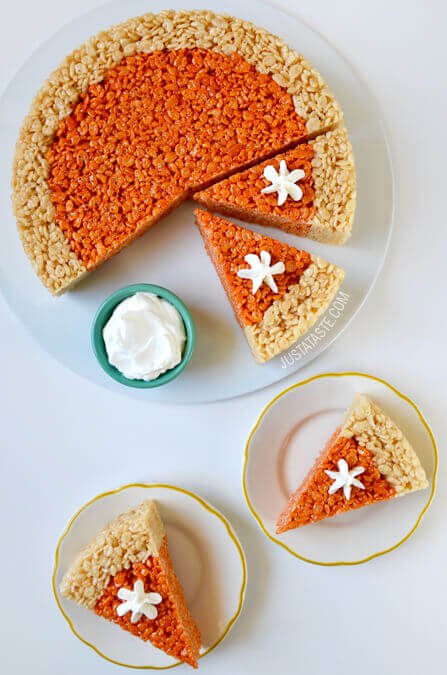 Because, really, what says Thanksgiving more than classic 1960s Rice Krispies treats?  Throw in some pumpkin spice (Duh!) and that leftover Halloween orange food coloring, and Voila! an easy pie for the kiddie table. Or all for you, Netflixin’ on the couch. Nom Nom Nom…
Get the recipe here.

Got a Wild N’ Crazy, Metalhead Worthy Turkey Day recipe? Add it in the comments below!