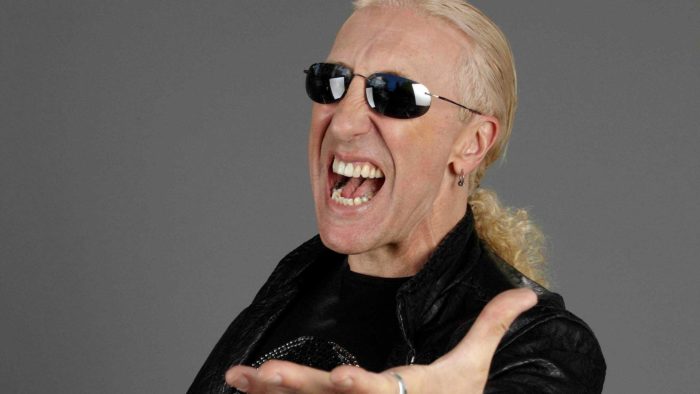 Twisted Sister front man Dee Snider will return to Broadway April 9-15 when he joins the cast of Rocktopia as a special guest artist.

Snider made his Broadway debut in 2010 in Rock of Ages. His one week special appearance in Rocktopia comes following the April 8 departure of Train’s Pat Monahan and prior to the April 23 arrival of Cheap Trick’s Robin Zander.

An explosive concert event that fuses the most iconic 20th-century rock with world-renowned classical masterpieces, Rocktopia features the works of musical innovators across centuries — including JOURNEY, Mozart, QUEEN, Beethoven, AEROSMITH, Handel, LED ZEPPELIN, Tchaikovsky, U2, HEART, Puccini, THE WHO and more — performed by an elite lineup of vocalists, a five-piece rock band, a thirty-person choir, and a twenty-piece orchestra.

Rocktopia is “inspired by the idea that if Beethoven or Mozart were alive today, they would be modern-day rock stars.”