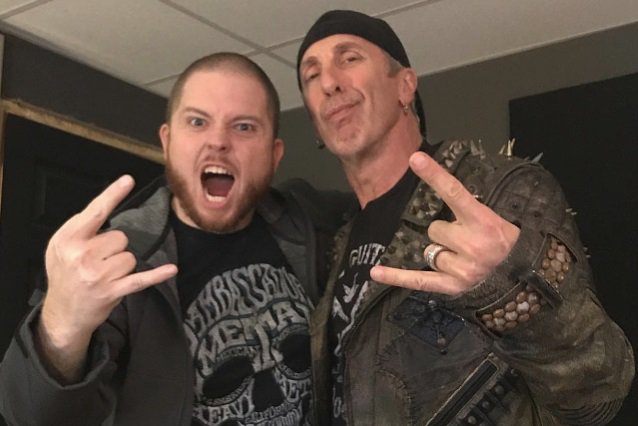 Former Twisted Sister frontman Dee Snider has signed a deal with Napalm Records for the release of a new album called For the Love of Metal, due out this July.

Dee described the effort as “a really exciting album I did not expect to make, especially at this point in my life.”

Snider praised Hatebreed singer Jamey Jasta, who cajoled him into pursuing a new solo outing during a conversation for Jasta’s podcast. “I was like, who’s producing? He said, ‘I am,'” he recalled. “So we went in the studio, no record deal, and people started flocking: Lamb of God, Disturbed, Howard Jones, Alissa White-Gluz. It amazed me, the enthusiasm and excitement.”

Said Jasta, “This Dee Snider album is gonna be haaaaarrrrrd!!”

For a peek at what to expect from For the Love of Metal, check out the snippet of studio footage posted by Jasta.