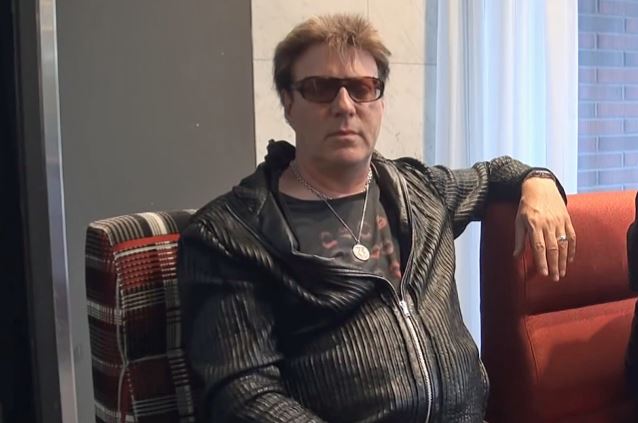 Twisted Sister’s Jay Jay French has struck out at Judas Priest and Foreigner, chastising both acts by calling them cover bands in an interview which can be viewed below. During a Q&A earlier this month at the Spooky Empire convention in Orlando, Fla., the guitarist doesn’t hold back on a variety of topics, also taking on the Rolling Stones, Saxon and Led Zeppelin.

“You guys don’t even know that Zeppelin was deteriorating so badly that by 1975, you couldn’t go to a Zep concert without throwing up,” he continues. “They were so bad! You couldn’t give tickets away to Zep concerts, but if you came to see Zebra playing Zeppelin on Long Island, you heard perfect Zeppelin – perfect Led Zeppelin. If you saw Rat Race Choir, you saw perfect Pink Floyd, you saw perfect Emerson, Lake & Palmer. It really mattered. I get that. I do understand it. It’s a cover band. And that’s what a lot of these bands are. Foreigner is a complete cover band; there’s nobody left in Foreigner.”

At 73, guitarist Mick Jones is the only original member of Foreigner. He’s back in the band after being forced to take a year off a few years ago. At the time, he blamed it on a heart valve problem, but now admits it was more than that: “I’d had a virtual nervous breakdown, brought on by a bad prescribing of medication.”

In Priest, frontman and vocalist Rob Halford (66), and bassist Ian Hill (67) are now the only two original member left, after K.K. Downing’s departure in 2011 due to “an on-going breakdown in working relationships” and Glenn Tipton’s departure this year due to Parkinson’s disease. (Tipton still appears live during encores at various shows).

Check out the entire video interview on the HOH website.