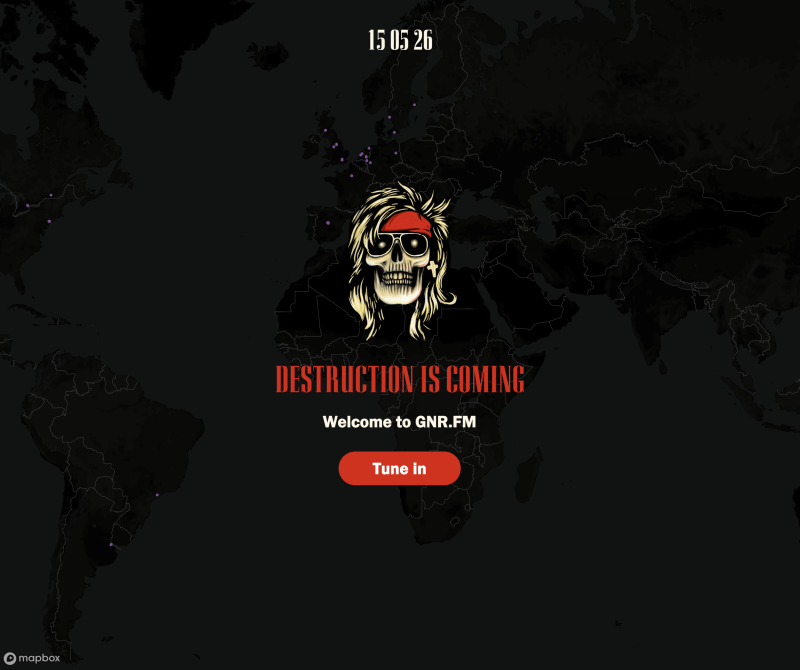 Guns N’ Roses this week launched a new website at GNR.fm with a cryptic message that read: “Destruction Is Coming.” A billboard promoting the site has popped up in the Camden area of London and features all five members of the Appetite For Destruction-era lineup of the band as featured on the cover of the 1987 album.

The new site has a snippet of rare tune “Shadow Of Your Love” and features a countdown timer that is due to hit 0 this Thursday, May 3 at midnight EST, signaling an announcement will be made on May 4.

Although original fan and media speculation ws that the site was about an expanded reissue of the group’s debut or guessing the reference was about a reunion of the band’s original lineup. However, a listing on Amazon posted yesterday offers a pre-order of a four-CD “Super Deluxe Special Edition” of Appetite for Destruction for $179.78, with a listed release date of June 29. Journalist Mitch Lafon has also tweeted out an image of a venue marquee displaying an advertisement for a “Locked N’ Loaded” edition of Appetite, which promises the release of “the debut album, remastered and expanded” on the same date. However, No one connected to the band has confirmed exactly what the GNR.fm site is promoting.

Sure enough, the website changed to reveal a landing page ad for “Appetite for Destruction • Locked and Loaded •” The Debut Album, remasterd and Expanded, Something for every appetite, including the Ultimate F’N Box — a bombardment of music, merch, memorabilia, and exclusive collectibles. 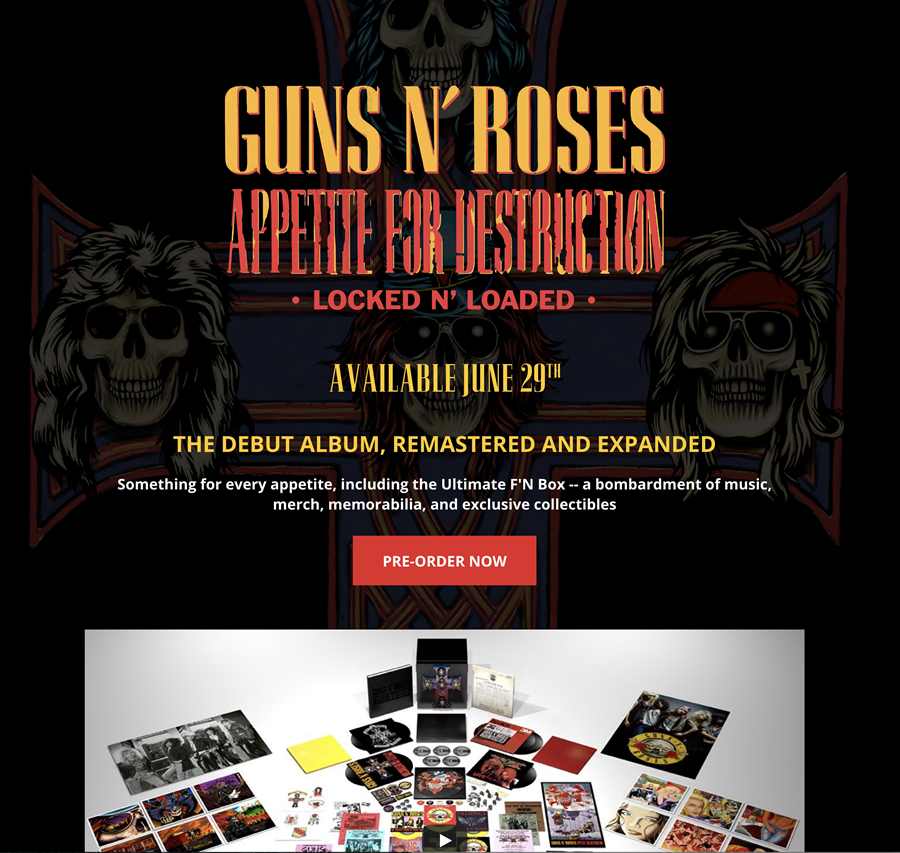