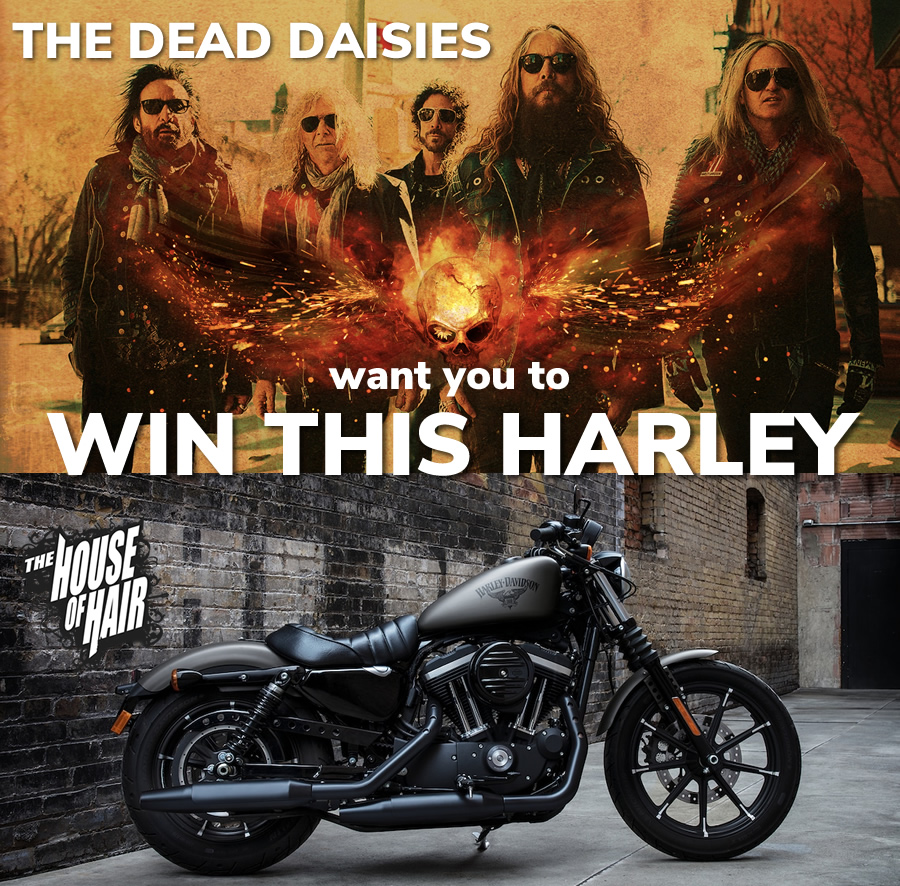 The Dead Daisies want YOU to have a Harley Davidson!

That’s right! To celebrate The Dead Daisies Tour, the Guys in the band – John Corabi from Mötley Crüe, Doug Aldrich from Dio, Marco Mendoza from Whitesnake, Deen Castronovo from Journey and David Lowy from Mink are giving House of Hair listeners a chance to win a HARLEY DAVIDSON SPORTSTER IRON 883 Motorcycle! It’s a BAD-ASS Bike Boys and Girls!

ENTER TO WIN AT https://thedeaddaisies.com/houseofhair/

The Dead Daises are touring from August 15 in Cleveland to September 16 in Los Angeles. Special Guest Dizzy Reed from Guns N’ Roses and his band Hookers and Blow will be opening the show.

Check out the new album from The Dead Daisies, Burn it Down, featuring the hit singles “Rise Up” and “Dead and Gone” – then get your tickets to see the band in concert – check out THE DEAD DAISIES tour dates here.

ENTER TO WIN THE HARLEY at https://thedeaddaisies.com/houseofhair/

This contest is being solely provided and administered by The Dead Daisies and Harley Davidson. Please abide by all rules on their respective websites.