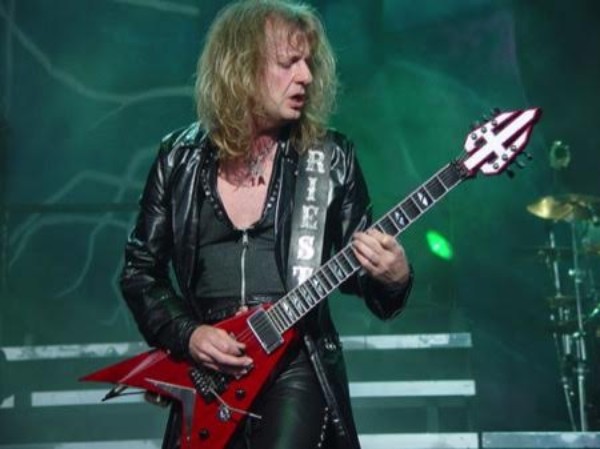 After leaving Judas Priest, K.K. Downing put all his creative juices into his luxury golf resort, Astbury Hall in Shropshire, England, which fell into bankruptcy last fall. Maybe that’s why he’s selling his songwriting credits to 136 Judas Priest songs – including “You’ve Got Another Thing Coming,” “Breaking The Law,” “Living After Midnight” and “Painkiller.” Downing‘s share of the songs are said to generate between $340,000 – $400,000 annually per year.

Downing told Myglobalmind: “In the industry, royalties have hit an all-time high this year. It’s quite simple — if you have a song worth a million dollars, you can get $60,000 a year from it, or you can take the million now. It depends on your age. If you add ten years on to my age, I’ll be 77, and I can achieve $600,000 over the ten years or sell it now for a million dollars. It’s a financial and mathematical equation that I let my accountants and doctors do for me.”

Downing resigned as Judas Priest‘s guitarist in 2011 and was replaced by current guitarist Richie Faulkner. Look for his memoir, Heavy Duty: Days and Nights in Judas Priest, set for release on September 18. Priest are currently on tour with Deep Purple.