CONGRATULATIONS TO OUR WINNERS!

And one Grand Prize Winner secured a Red Double Vinyl copy of Twisted Sister’s “Live at the Marquee 1983″ autographed by Dee Snider and Jay Jay French.

Prizes should arrive within 3-5 weeks of posted winner names.

Thanks to ALL the HOH and Metal Fans who entered the contest!
– Dee and the House of Hair Team! 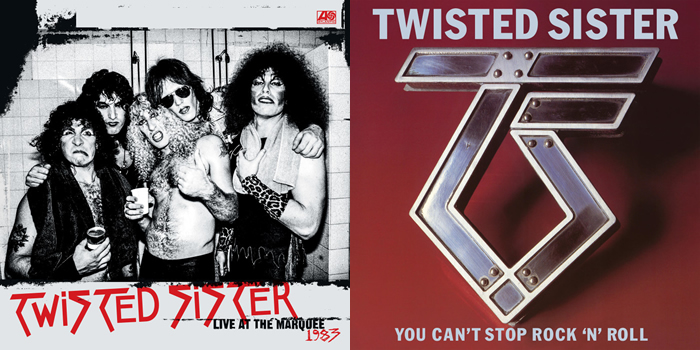 Twisted Sister made its Atlantic Records debut in 1983 with “You Can’t Stop Rock ‘N’ Roll.”  The album was a turning point for the quintet and helped set the stage for their rise to fame over the coming years. The Live CD was recorded in March 1983 over two nights at London’s famed Marquee Club.  Hear Twisted Sister raw, live, hungry and catching fire just a few months before they exploded on Radio and MTV.

Mirroring the setlists from both shows, the collection’s blistering performances feature singer Dee Snider, guitarists Jay Jay French and Eddie “Fingers” Ojeda, bassist Mark “The Animal” Mendoza and drummer A.J. Pero. The performances include the show opener “What You Don’t Know (Sure Can Hurt You).” Along with covers of the Shangri-Las‘  “Leader Of The Pack” and the Slade version of the R & B staple “Let The Good Times Roll,” the album also includes the first-ever public performance of “You Can’t Stop Rock ‘N’ Roll,” which would later surface on the band’s second studio album. Bits of Snider‘s legendary stage banter can also be heard between songs.

What do you win?

10 winners will each get:

One (1) Grand Prize Winner will get:

Fill in the Entry Form. ONE ENTRY PER PERSON ONLY, please. Incomplete entries will be tossed out – all address fields, station (or how you heard about the contest) field, and name fields must be 100% complete!

How we choose the winner:

Only entries received by MONDAY, OCTOBER 1, 2018 AT MIDNIGHT PDT will be considered. The HOH staff will choose the winners in a random drawing.

Did I win? Winners will be announced FIRST in the HOH newsletter and then on the website.

The contest is open to residents of the USA and CANADA only.

Questions? Email us at info@houseofhaironline.com

Read ALL the Contest Rules