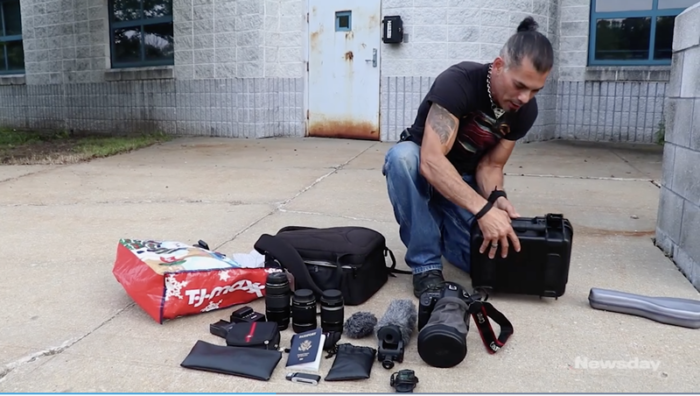 A camera and video equipment worth at least $12,000 to $15,000 were taken from a backstage VIP area Sunday during rocker Dee Snider’s annual fundraiser for Kings Park-based charity Melissa’s Wish. Photographer Dan Marquardt, of Babylon, who takes photos and makes videos of the event, said his equipment was stolen while Snider performed at Lido Town Park, NY.

On Tuesday, October 1, Marquardt claimed his gear at Suffolk Police’s Seventh Precinct in Shirley after it was found earlier in the day at a Friendly’s restaurant on Montauk Highway after a Facebook message tip off of its location.  Marquardt thanked the thieves for “having a conscience” and returning his gear.