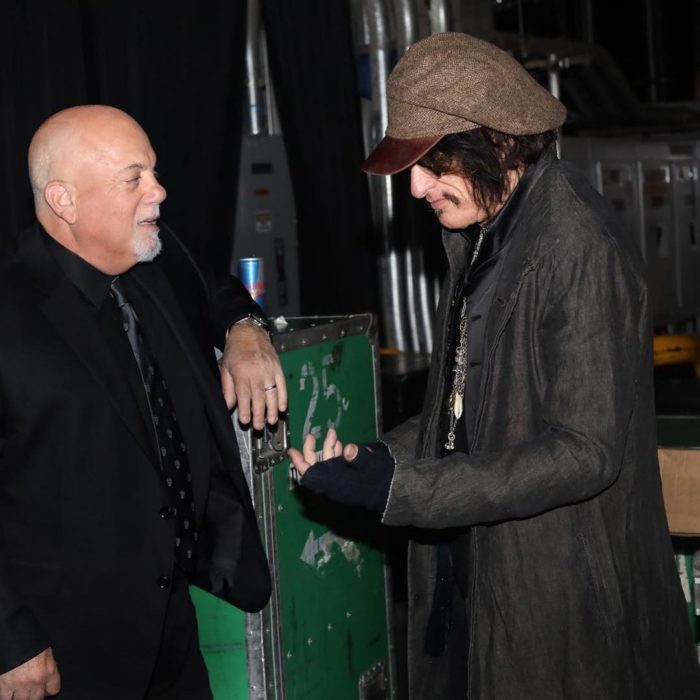 Aerosmith’s Joe Perry collapsed backstage and was treated by paramedics before being rushed to hospital minutes after performing his band’s 1975 classic, “Walk This Way”, with Billy Joel at Madison Square Garden on November 10.

“Following a guest performance during Billy Joel’s show last night at Madison Square Garden, Joe Perry experienced shortness of breath and was treated backstage by paramedics who gave the guitarist oxygen and used a tracheal tube to clear his airway before taking him to a hospital,” said a Perry spokesperson in a released statement on November 11. “This morning Perry remains in the hospital where he is alert and responsive. The Aerosmith guitarist will be unable to appear today at Rock And Roll Fantasy Camp in Florida and apologizes to those attending. Perry is expected to return to the road later this month.”

Sources connected to the rocker told TMZ that Perry’s been having “breathing issues for the last few weeks and it came to a head last night”, and that the issue involves congestion in the lungs.

Perry checked in on Facebook with an update on Tuesday November 13, thanking his friends and fans. Said Joe: “Doing well, thanks for all the love and support!”.   TMZ reports that he could be released as early as Sunday afternoon.

Check out a video of Perry‘s performance of “Walk This Way” just before he collapsed.