Kirk Hammett of Metallica said “Stan Lee was a visionary and a pioneer. I owe him a lot for personally shaping my childhood fantasy worlds.”

The Hollywood Reporter quoted Gene Simmons in a 1979 interview: “His stories taught me that even superheroes like Spider-Man and the Incredible Hulk have ego deficiencies and girl problems and do not live in their macho fantasies 24 hours a day. Through the honesty of guys like Spider-Man, I learned about the shades of grey in human nature.”

Marvel Comics issued “A Marvel Comics Super Special!: KISS.” in 1977. Blood from each band member was drawn by a registered nurse, witnessed by a notary public, and poured into the vats of red ink used for printing the comic.

Check out this fantastic video from the Hollywood Reporter containing many of Stan Lee’s cameos in his movies: 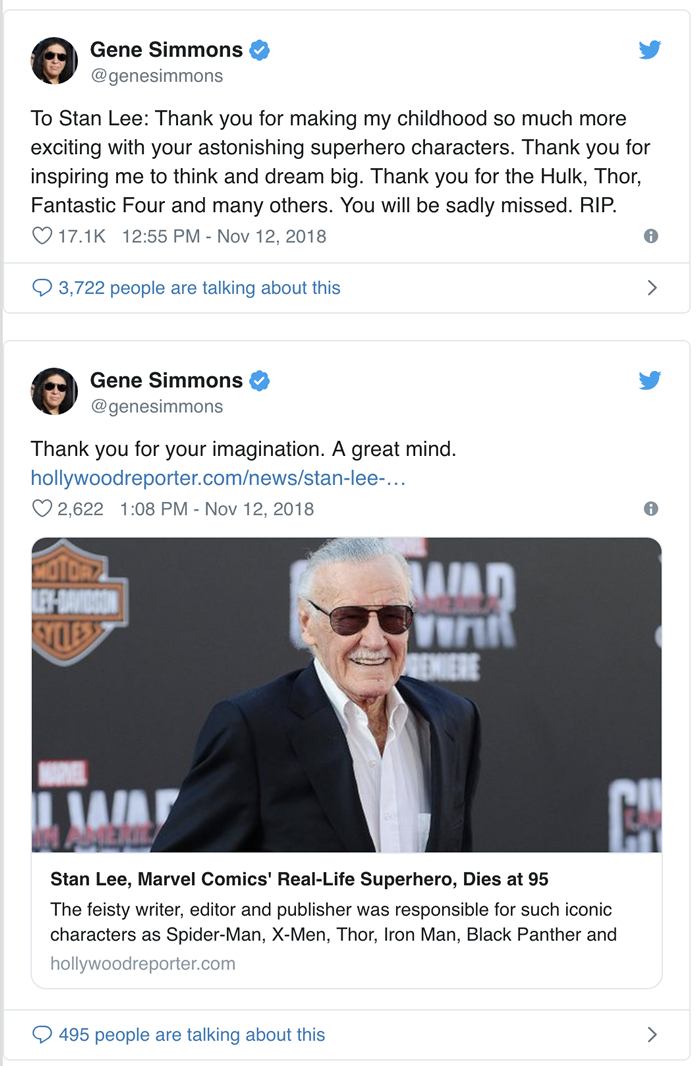 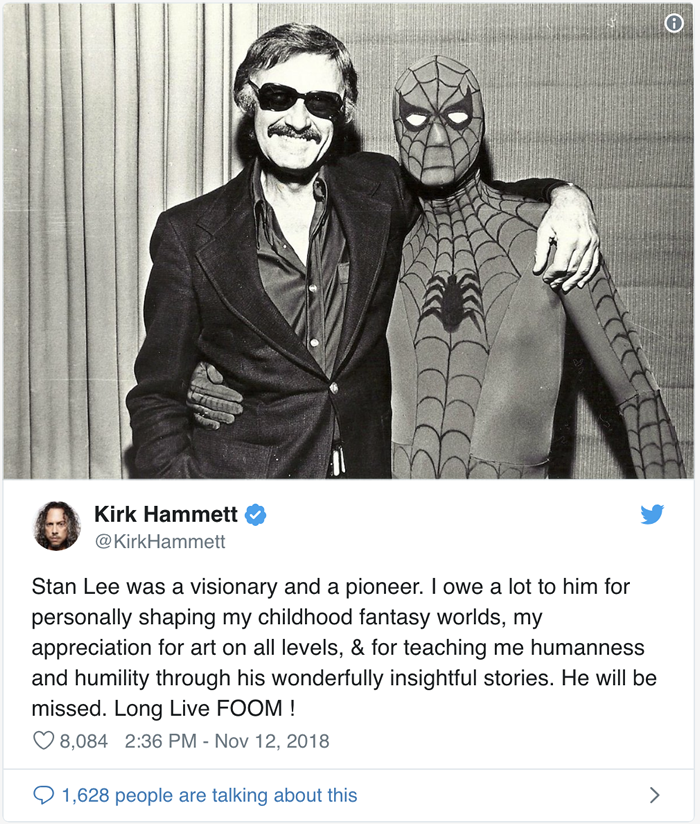 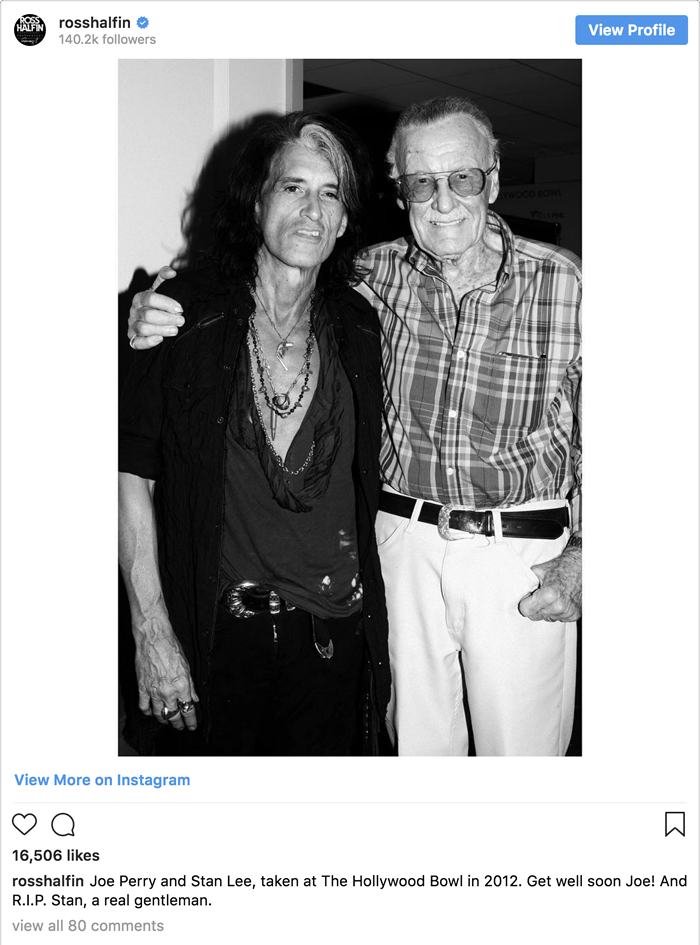 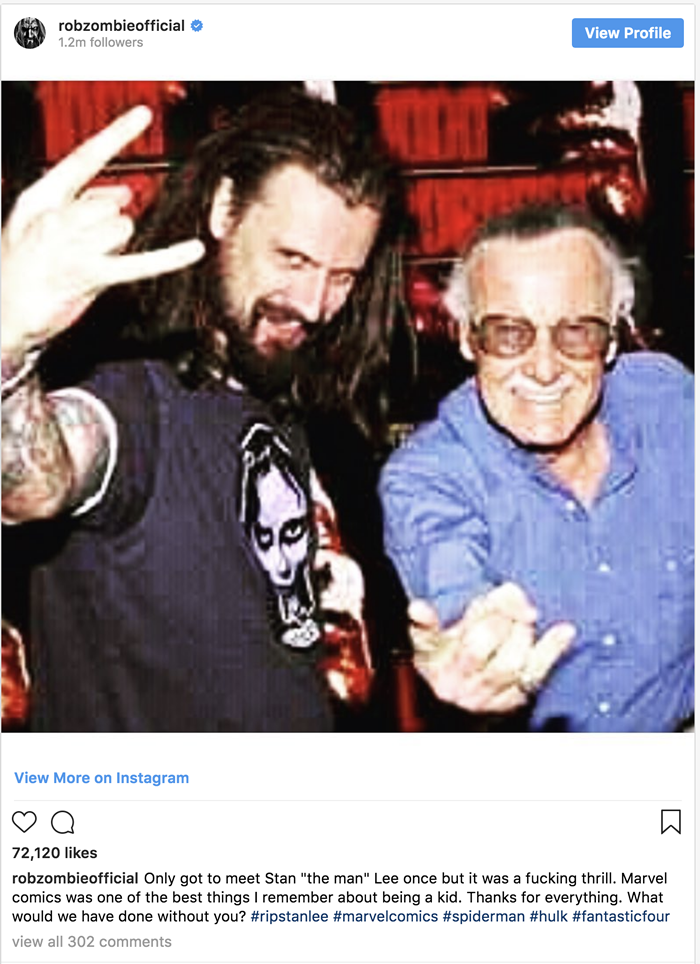 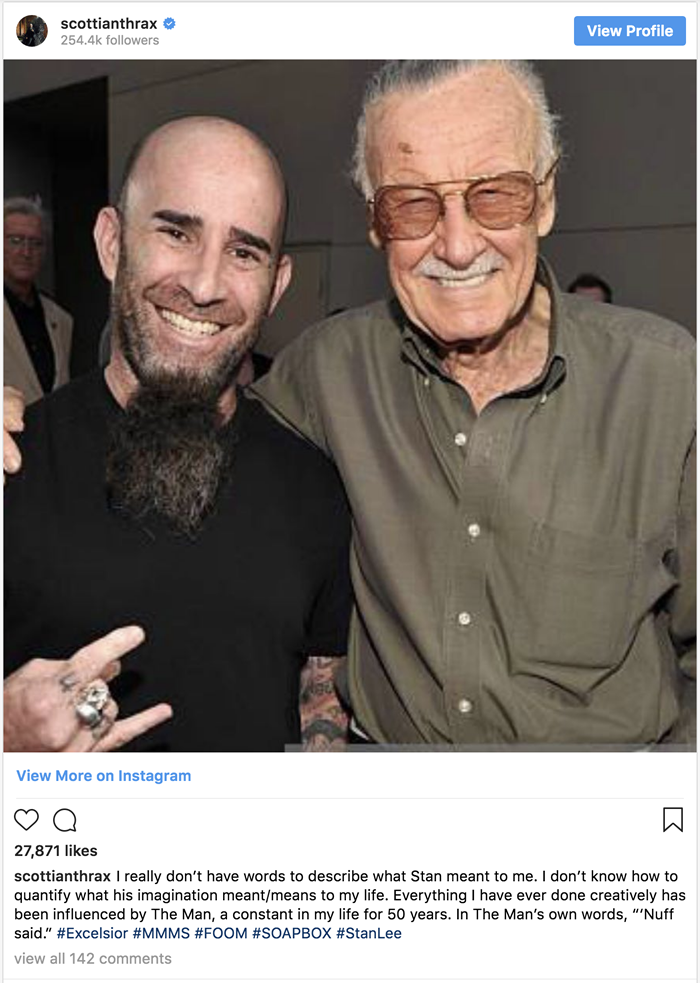 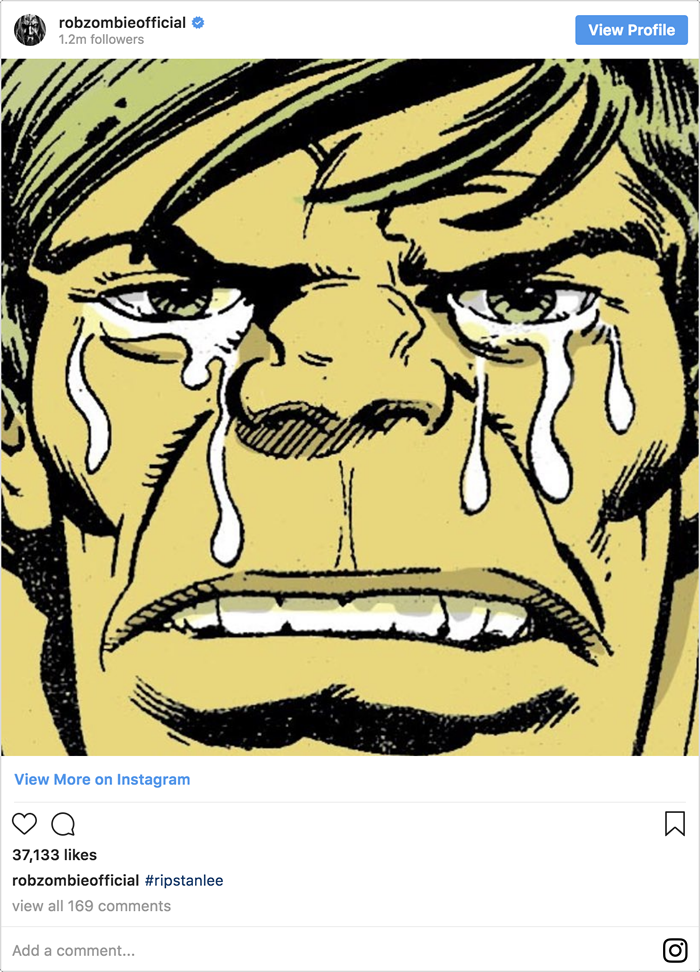