The Fan Vote results are in – congratulations, Def Leppard, Stevie Nicks, Todd Rundgren, The Zombies and The Cure!

Each of the top 5 artists in the Official Klipsch Audio Fan Vote receive an additional vote – as part of the fans’ ballot – counted in the overall Nominee vote.

Go to rockhall.com or check one of the Rock Hall of Fame social media pages on Thursday, December 13th at 8am EST to see the final Inductee ballot revealed! 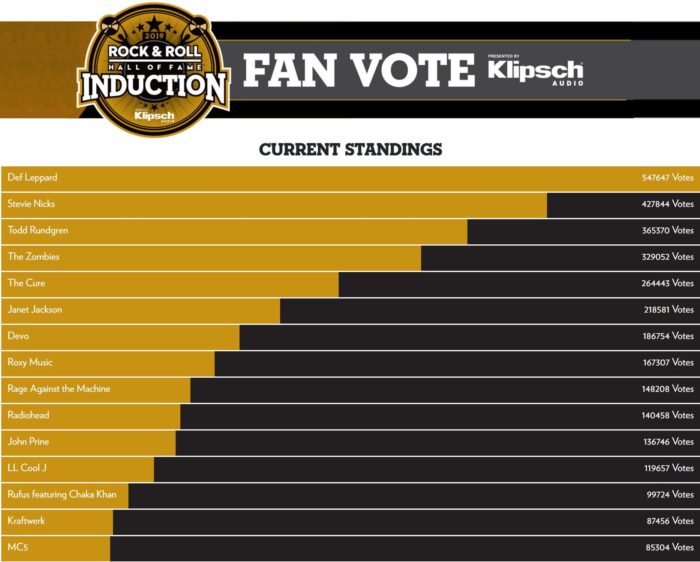 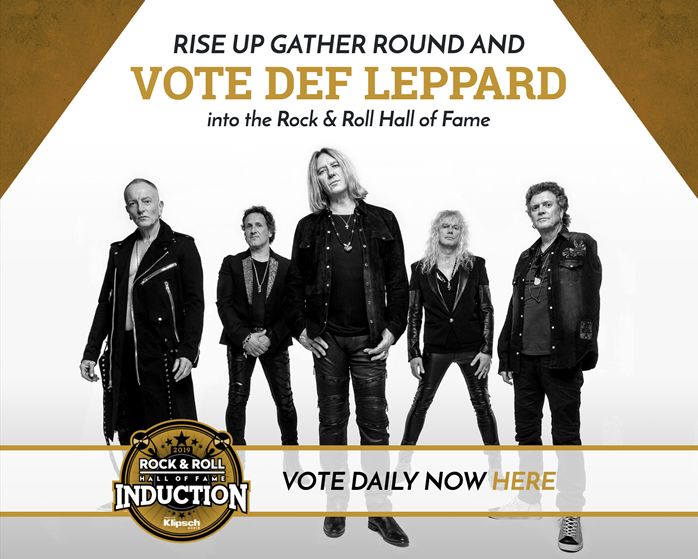 Def Leppard have a clear lead in the Rock Hall Fan Vote ballot for the 2019 induction into the Rock and Roll Hall Of Fame, followed by Fleetwood Mac’s Stevie Nicks.  Clearly, their “Vote Def Leppard” campaign blanketing their website is working :-).