Woke up this morning to find out that ass @CliveFPalmer and @PalmerUtdParty are ignoring cease & desist order (not really surprised – the man is an entitled prat). Not to worry. Lawyers have been officially engaged (remember @Eminem NZ case?) & that loathsome toad will pay!

Australian politician Clive Palmer has been using a re-written version of “We’re Not Gonna Take It”  in an ad without permission from Twisted Sister.

“No we do not endorse @PalmerUtdParty!” tweeted Dee Snider. “We are contacting our legal team to address this and if that doesn’t work…I’ll be down under in three weeks to deal with it myself!

“We’re Not Gonna Take It”  is a song about EVERYONE’S right to free choice. “We’ve got the right to chose and there ain’t no way we’ll lose it!” The FIRST LINE of the first verse! Clive Palmer and the @PalmerUtdParty are NOT pro choice…so THIS AIN’T HIS SONG! 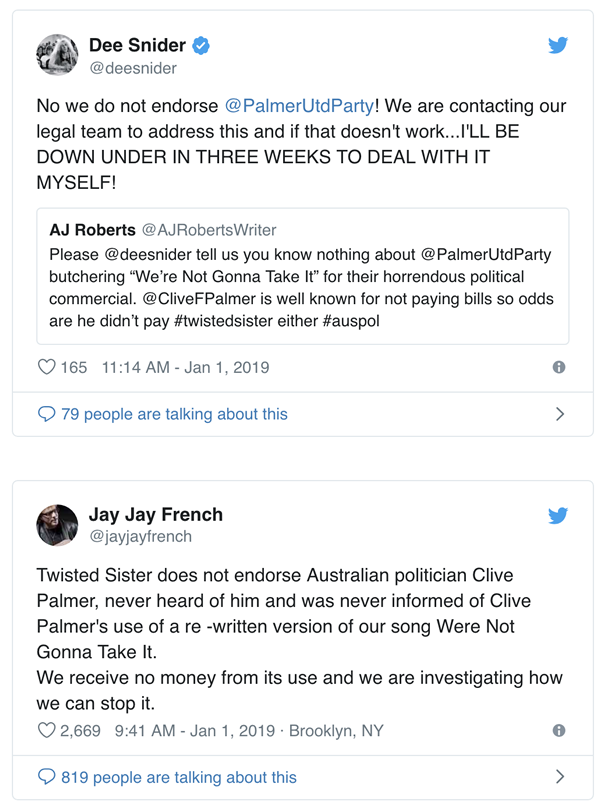