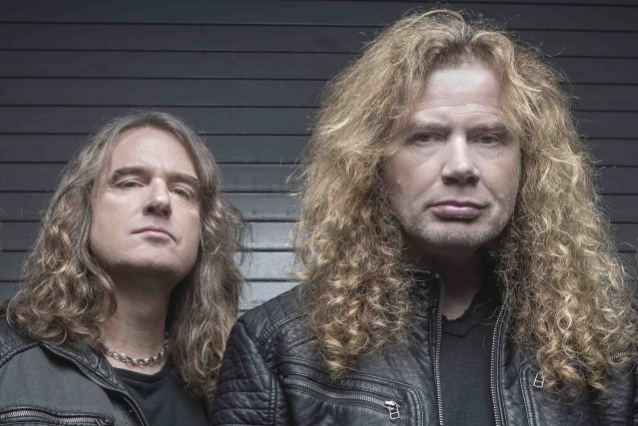 Megadeth bassist David Ellefson says that “it’s been fun to be creating and working” on the band’s new album while Dave Mustaine is battling throat cancer.

Ellefson told Junkman of Doll Hut Radio, “He’s moving along. He’s doing his treatments. I appreciate all the thoughts and prayers for him. Like he said, it’s to be faced head on, which he’s doing, which is great. So that’s moving along, which is good news on that front. And then, as far as the cruise goes, we’re just kind of figuring out what and how that will be. And a lot of that’s gonna be based on Dave‘s health condition at that point. But we’re keeping that moving forward.”

“But the cruise [the Megadeth-curated Megacruise — which is set to take place October 13-19] is gonna be great regardless. The awesome thing is that when that announcement went out about Dave‘s throat cancer, right away, Chuck Billy [from TESTAMENT] and all the guys started hitting me up, going, Hey, if you need us to sing some MEGADETH songs, we’ll do it.’ So the outpouring of love and goodwill and cool factor from everybody was just awesome… We’ll see how that all plays out. Meanwhile, we’re working on the new album, and that’s been coming along. And quite honestly, it’s been fun to be creating and working on that through this transition here as well.”