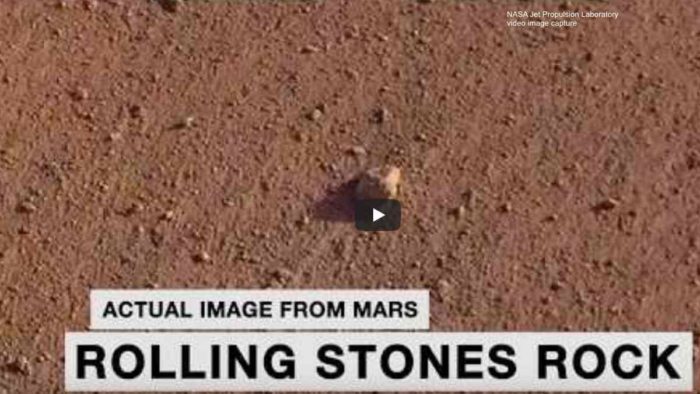 NASA have honored legendary rock band the Rolling Stones by naming a rock discovered on the planet of Mars by the InSight lander the “Rolling Stones Rock” .

Actor Robert Downey Jr. made the announcement before the Rolling Stones show at the Rose Bowl Stadium in Pasadena, CA, which is near the Jet Propulsion Laboratory facility that is mission control for the InSight voyage to Mars.

NASA’s Planetary Science Division director Lori Glaze said, “The name Rolling Stones Rock is a perfect fit. Part of NASA’s charter is to share our work with different audiences. When we found out the Stones would be in Pasadena, honoring them seemed like a fun way to reach fans all over the world.”

The band shared their excitement by saying, “This is definitely a milestone in our long and eventful history. A huge thank you to everyone at NASA for making it happen.” For more information about the Rolling Stones Rock visit https://go.nasa.gov/MarsRocks.