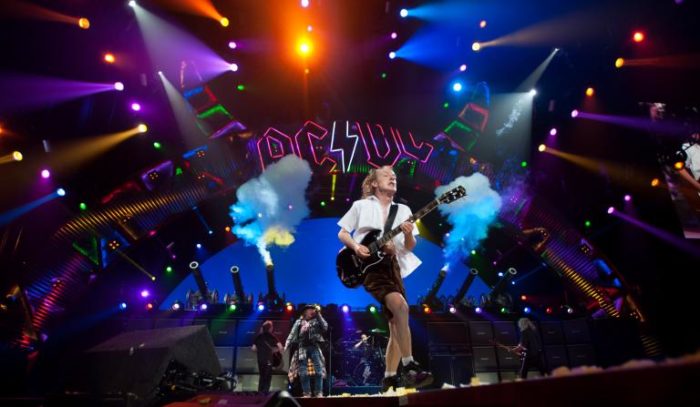 Former Twisted Sister frontman Dee Snider says the AC/DC reunion is on, with the band planning on releasing a new album in 2020, and will feature tracks recorded by the late Malcolm Young along with “all four surviving members”.

The band’s longtime engineer, Mike Frase, said in an April interview with Mastering Music Mastering Life that the band was in the studio “doing something,” and Rudd and Johnson had been spotted outside a Vancouver recording studio as far back as last August.

Snider said frontman Brian Johnson was “good” after his much publicised hearing problems, and added: “All four surviving members have reunited with tracks recorded by Malcolm while he was still alive.

“Malcolm‘s nephew Stevie Young is replacing him – he’s done this a couple of times before. It’s as close as you can get to the original band.”

One of his Twitter followers then asked: “So, I gather that Cliff Williams and Phil Rudd will be back?” Snider replied: “Yup and yup!”

Snider also turned his attention to the Super Bowl, saying: “I’m focused on one band for the 2021 halftime show: AC/DC! Reuniting with new album next year, touring, celebrating 50 years together.” 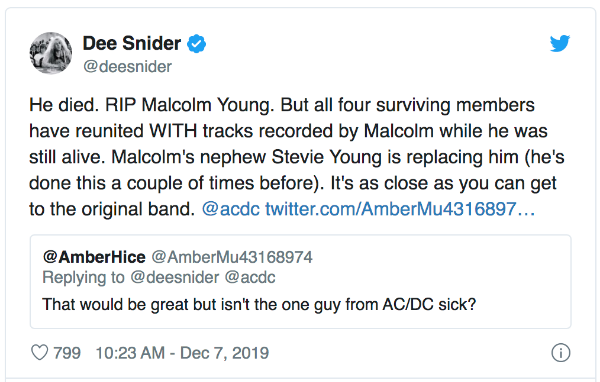