The legendary Neil Peart, drummer and lyricist of Rush, has died at the age of 67. Peart died in Santa Monica, CA after quietly fighting brain cancer for three years, according to Elliot Mintz, a spokesperson for the Peart family.

Peart joined Rush in 1974 with lead singer and bassist Geddy Lee and guitarist Alex Lifeson. The band played their farewell tour in 2015. Peart’s contributions to drumming are almost incalculable and his lyrics were highy literate and complicated, especially for a hard rock band. He was also a writer of several books.

In a statement from remaining band members Lee and Lifeson, they called Peart their “friend, soul brother and bandmate over 45 years,” and said he had been “incredibly brave” in his battle with glioblastoma, an aggressive form of brain cancer. “We ask that friends, fans, and media alike understandably respect the family’s need for privacy and peace at this extremely painful and difficult time,” Lee and Lifeson said. “Those wishing to express their condolences can choose a cancer research group or charity of their choice and make a donation in Neil Peart’s name. Rest in peace, brother.”

Peart is survived by his wife, Carrie Nuttal, and daughter Olivia. He is previously deceased by his 19-year-old daughter Selena Taylor, and his first wife, Jacqueline Taylor. 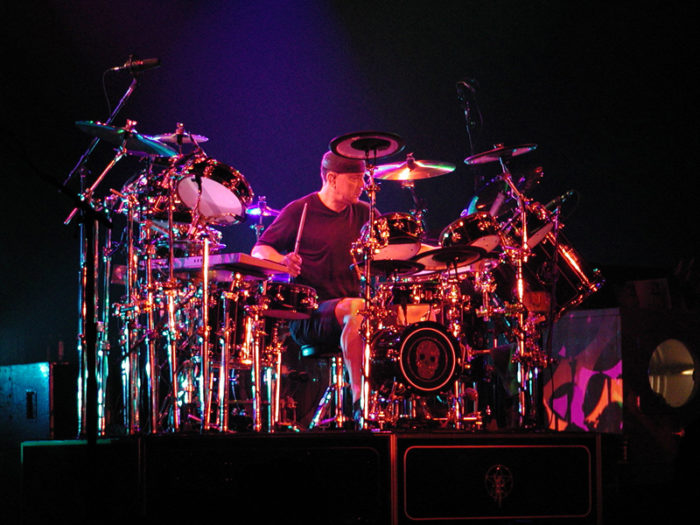