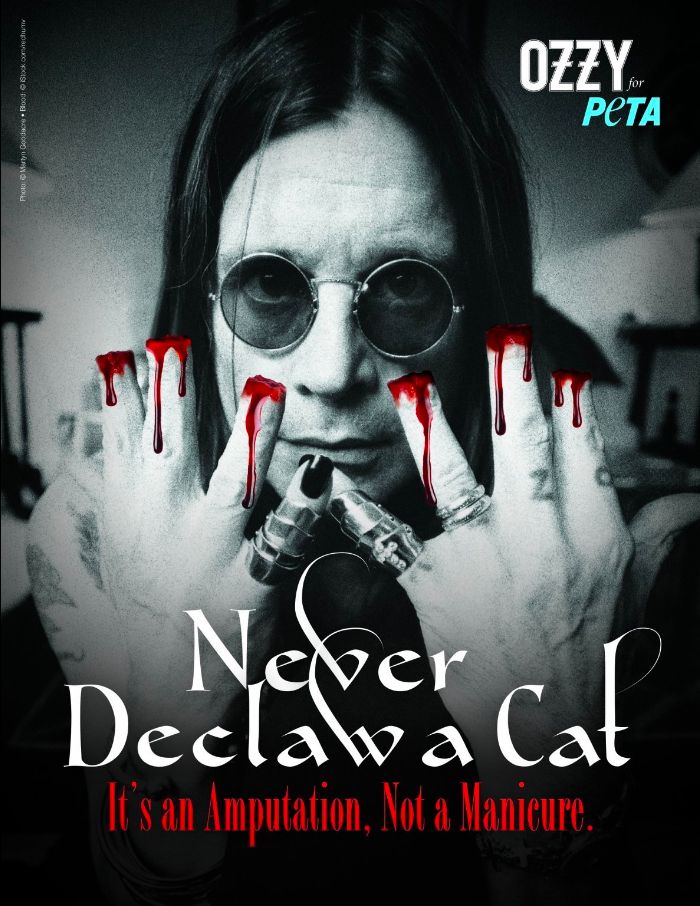 Ozzy Osbourne is looking out for his feline friends in a new ad for PETA. Ozzy is urging people not to declaw their cats, with the explanation the procedure is actually a partial amputation. The ad depicts the Prince of Darkness with his fingers amputated and bloody. The tagline reads, “Never Declaw a Cat. It’s an Amputation, Not a Manicure.”

As a press release from PETA explained, “When cats are declawed, their claws and part of their toes are amputated. Veterinarians equate declawing with cutting off the last bone in a human’s finger, often causing nerve damage, infection, and immense pain.”

Ozzy himself nearly lost part of his fingers in late 2018 when he suffered a staph infection in his hand so this message really hit home.

“Amputating a cat’s toes is twisted and wrong,” said Osbourne. “If your couch is more important to you than your cat’s health and happiness, you don’t deserve to have an animal! Get cats a scratching post — don’t mutilate them for life.”