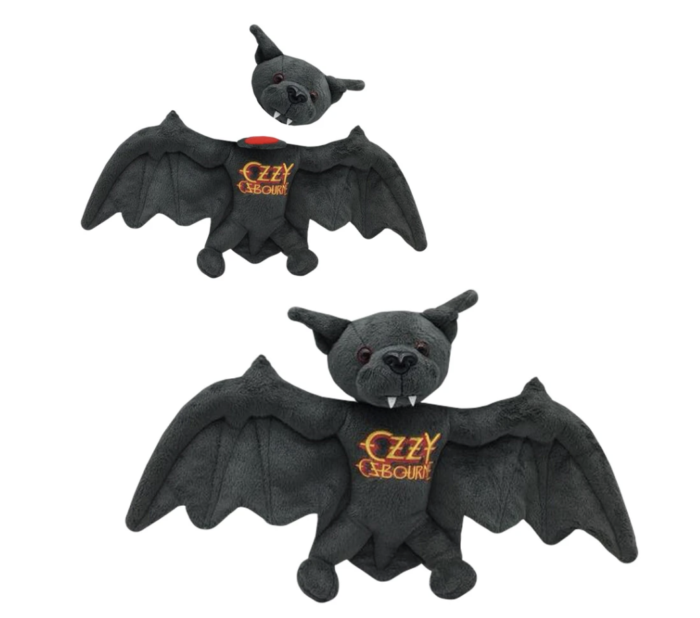 One of the most legendary moments in Ozzy Osbourne‘s career is reaching it’s 38th anniversary. On January 20, 1982, Ozzy bit the head off a live bat during a concert at Veterans Memorial Auditorium in Des Moines, Iowa.

Ozzy would say that he thought the bat was a toy thrown by the crowd, but soon learned it was not. Now, you can recreate the legendary moment, with your own plushie bat, with detachable head and all.

Ozzy’s 2009 memoir I Am Ozzy, he recalled the legendary night: “Immediately… something felt wrong. Very wrong. For a start, my mouth was instantly full of this warm, gloopy liquid, with the worst aftertaste you could ever imagine. I could feel it staining my teeth and running down my chin. Then the head in my mouth twitched.”