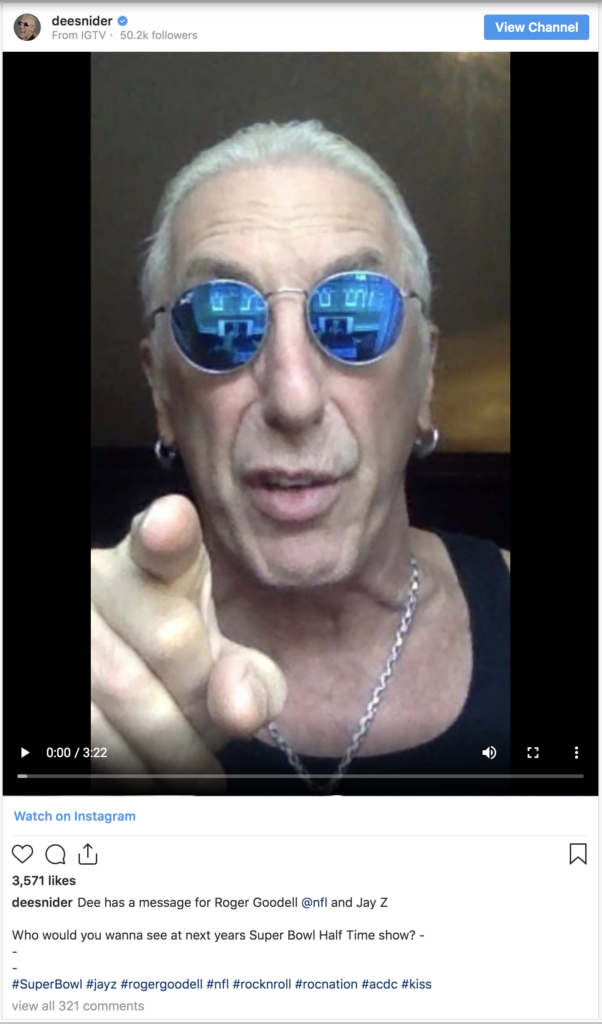 Our host with the most, Dee Snider, has a VERY definitive idea about who he’d like to see on the Super Bowl 2021 stage at halftime – AC/DC!!

Dee has backed a petition at Change.org to get AC/DC to headline next year’s Super Bowl championship. This comes just a few months after he blew up Twitter with a rant condemning the fact that the NFL has not given “rock” its due. His beef is not with this year’s performers – he just can’t figure out why the NFL relies on rock classics to fill stadiums during breaks, but won’t let a rock performer headline halftime.

“It’s been a while since we’ve had some real metal play the halftime show for the Super Bowl,” the petition reads. “Don’t get me wrong, all music artists have done a great job and should play the show, but we all need a turn. It’s time for some rock and roll! And who better than AC/DC to play? They are coming back together, making a new album and possibly touring again. This would be perfect! Come together, metal heads, and get this going! Dee Snider of Twisted Sister is with us!”

Snider is using his massive Twitter following to call on fans to back the petition.  He  also filmed a direct message to NFL commissioner Roger Goodell on Instagram.

Snider says: “There are a lot of bands that are stadium worthy and a lot of bands that have sold hundreds of millions of records, but the one band that I think has such crossover appeal to so many people in all genres is AC/DC. You [NFL] play so many of their songs at every single game – and the band is reuniting with a new album, they’re going to be touring again and they would bring down the house.”

The last time a rock band headlined the Super Bowl halftime was in 2010 with The Who.

At presstime, over 10,000 people have signed the petition. Add your name to the petition here. 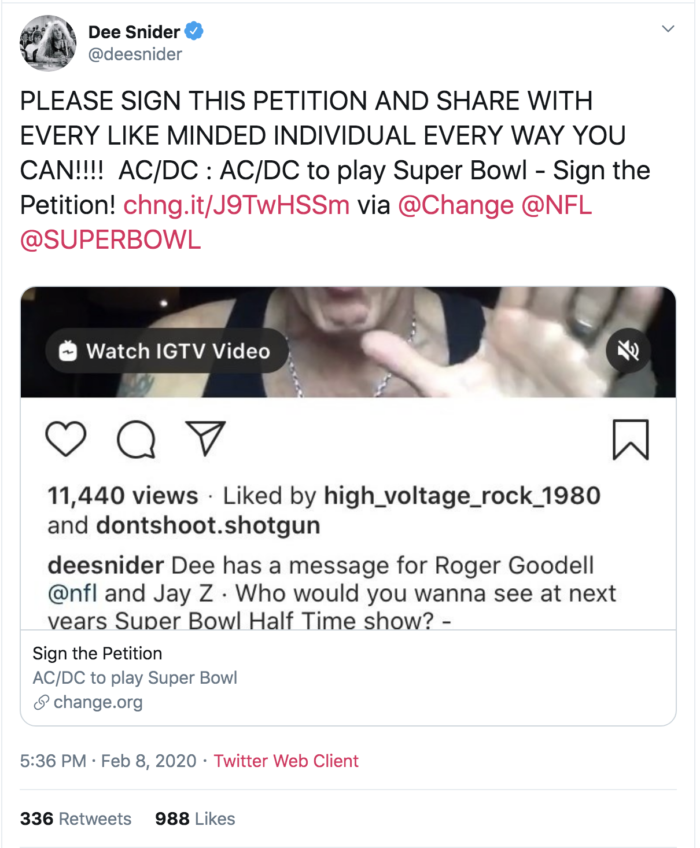