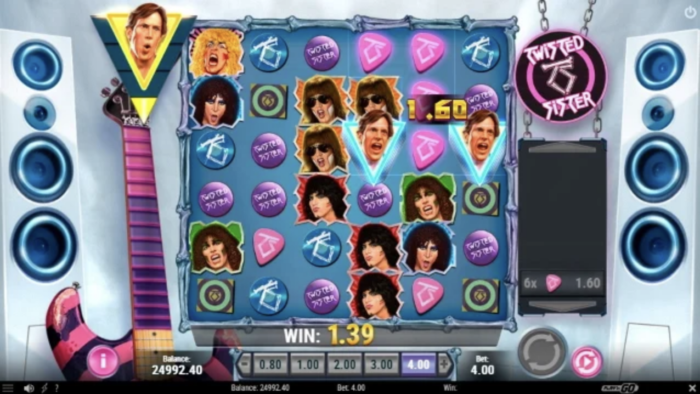 Swedish firm Play’n GO, one of the most well-known online slot game providers, has released another title into the market, a collaboration with famed American rock band TWISTED SISTER.
The band reached worldwide acclaim during the 1980s with their album “Stay Hungry”, and the game is a cascading gridslot based around two of the biggest hits from that album, “I Wanna Rock” and “We’re Not Gonna Take It”.

Twisted Sister had an incredibly unique look and style, which has been translated into the game’s theme and design, something that CPO Martin Zettergren feels lent itself well to being transformed into a slot title.

“Their distinctive style of music has allowed us to create a game with innovative features, meaning it will appeal to fans of quality slot entertainment, as well as fans of the band,” he says. “There’s something for everyone.”