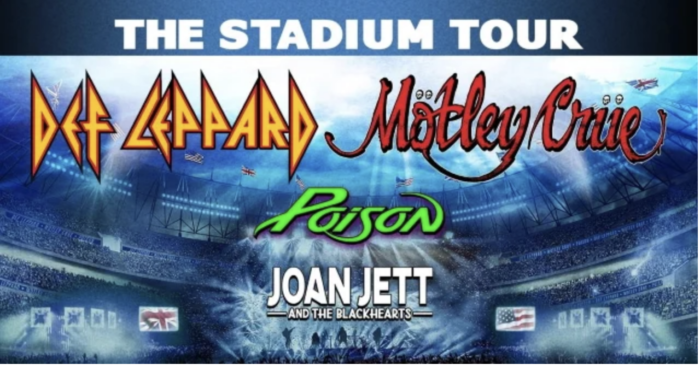 Mötley Crüe, Def Leppard, Poison and Joan Jett & The Blackhearts have officially postponed their “The Stadium Tour” to the summer of 2021.

“We wanted to continue to communicate with our fans and update you with valid information as it becomes available. The official decision has been made to move all 2020 North American Stadium Tour dates into the summer of 2021.

The new stadium dates are being rescheduled, your tickets will be honored for all postponed shows and refund policy information will be made available shortly. Stay tuned, be safe and we will see you next year.”
“The Stadium Tour” was scheduled to kick off on June 18 in Jacksonville, Florida and run through September 5 in Los Angeles. As of January 30, “The Stadium Tour” had already grossed $130 million from one million tickets sold, plus another $5 million worth of VIP seats, according to Billboard.