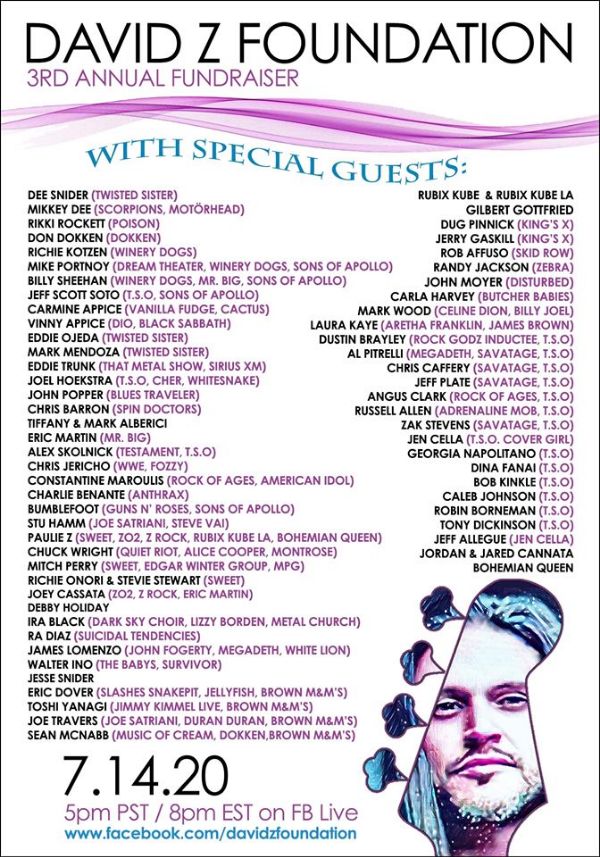 David Zablidowsky, better known as David Z, bassist for Adrenline Mob, died tragically died in Florida in 2017 while on tour. He was killed when the band’s RV was struck by a tractor trailer. He was just 36.

Before joining Adrenaline Mob, David had been the bass player for Trans-Siberian Orchestra, and along with his brother Paulie Z, the two had been a part of the band ZO2 and starred in their own TV series “Z Rock” on the IFC network.

Please share this info and help us celebrate David Z’s life and continue his legacy through the David Z Foundation — a non-profit that raises money for music education. David was active in developing young people through music. To continue his legacy, the David Z Scholarship Fund has been created to offer education and financial need to young aspiring musicians.