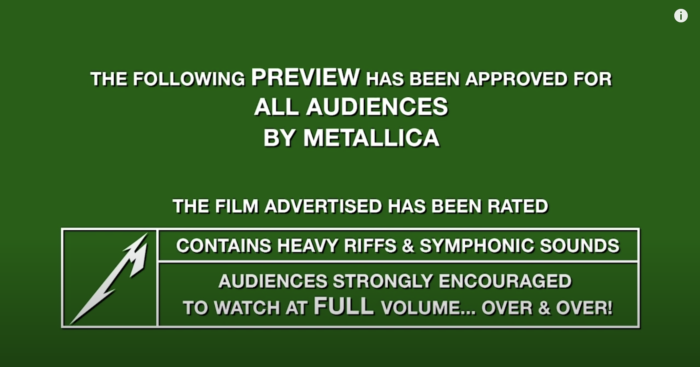 Ever since the world shut down in March, Metallica has gifted us with “#MetallicaMondays,” re-broadcasting a full live set of one of their classic shows, on the band’s YouTube channel and on Facebook.  Honestly, it’s become the highlight of the week.  And, the band leaves it posted so you can listen at your leisure in case you can’t be glued to those channels at 8PM EDT/5PM CDT on Mondays.  Making it even better, the band gives fans the chance to donate to Metallica’s All Within My Hands foundation during the stream.  Their foundation has already donated hundreds of thousands of dollars to worthy charities like Feeding America, Crew Nation (benefiting touring and venue crews), the Bartender Emergency Assistance Program (BEAP), MusiCares Covid-19 Relief Fund and several others.

This past week, Metallica celebrated the 20th anniversary of their iconic “Master of Puppets” release, with a broadcast of their set from Berlin’s Waldbühne amphitheatre from June 6, 2006.  For almost an hour, you can hear the album played live in its entirety — it’s a glorious experience!

Most weeks, a member of the band introduces the set, but this past week, there was an amazing promo clip of songs from the upcoming “S&M2 – Metallica and San Francisco Symphony” release.  Check out the song list here.