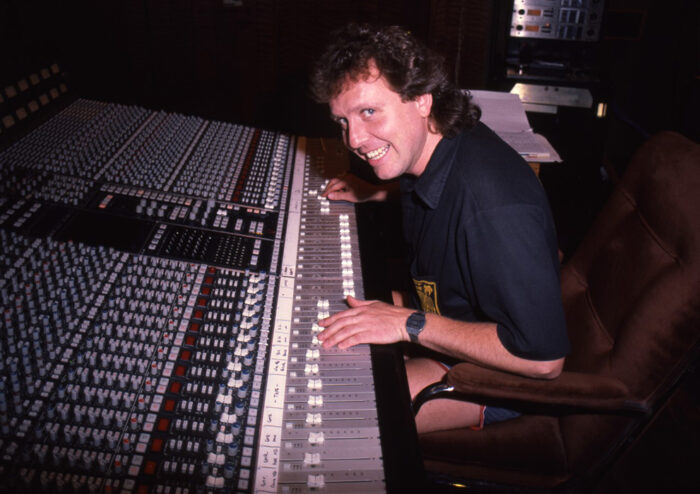 Martin Birch, the record producer who defined a good majority of the metal sound, has died. He was 71.  No cause of death was confirmed.  Throughout his lengthy career, Birch‘s career as both a producer and an engineer reads like a who’s who of British heavy metal, with credits on albums by Iron Maiden, Whitesnake, Rainbow and Deep Purple, and projects for Blue Öyster Cult, Gary Moore, Faces, Skid Row and many more.

Birch told Best Magazine in 1983, “I don’t consider myself a super-technician.  What I do is to me pretty simple, but the fact that I’m used to the bands I have worked with helps me to know instantly what they want, or even what they can achieve, even if they don’t realise it clearly themselves. Or maybe bands trust me over long periods of time just because they find me a particularly likeable character.”

The tributes rolled out following the sad news:

David Coverdale of Whitesnake:
It is with a very heavy heart I’ve just had verified my very dear friend & producer Martin Birch has passed away…Martin was a huge part of my life…helping me from the first time we met through until Slide It In…My thoughts & prayers to his family, friends & fans…

Geezer Butler of Black Sabbath:
Really sad to hear of the passing of Martin Birch. Brilliant producer. Had the pleasure of working with him on the Black Sabbath albums #HeavenandHell and #MobRules. Condolences to Vera and family. #RIPMartin

And Iron Maiden, who made TEN records wtih Birch had this to say:

Steve Harris:
“He was just absolutely brilliant. He wasn’t just a producer, he was a hands-on engineer too, so he knew how to get a great sound. He was also fantastic at motivating people; he just had a knack of getting the best out of you. He was also a really nice man, great fun with a terrific sense of humour and that made him easy to work with. We all got along with him really well and the whole band is very saddened by today’s news.”

Bruce Dickinson:
“To me, Martin was a mentor who completely transformed my singing: he was a psychotherapist and in his own words a juggler who could mirror exactly what a band was. That was his special talent as a producer. He was not a puppeteer, he did not manipulate the sound of the band, he just reflected it in the best possible way. Apart from all of that he was a wonderful, warm & funny human being. Martin & I shared a passion for martial arts – he for karate and me for fencing which gave us another bond too. I’m so very sad to hear this news, it’s incredible that he has passed away at such a young age for a man who was so full of life.”