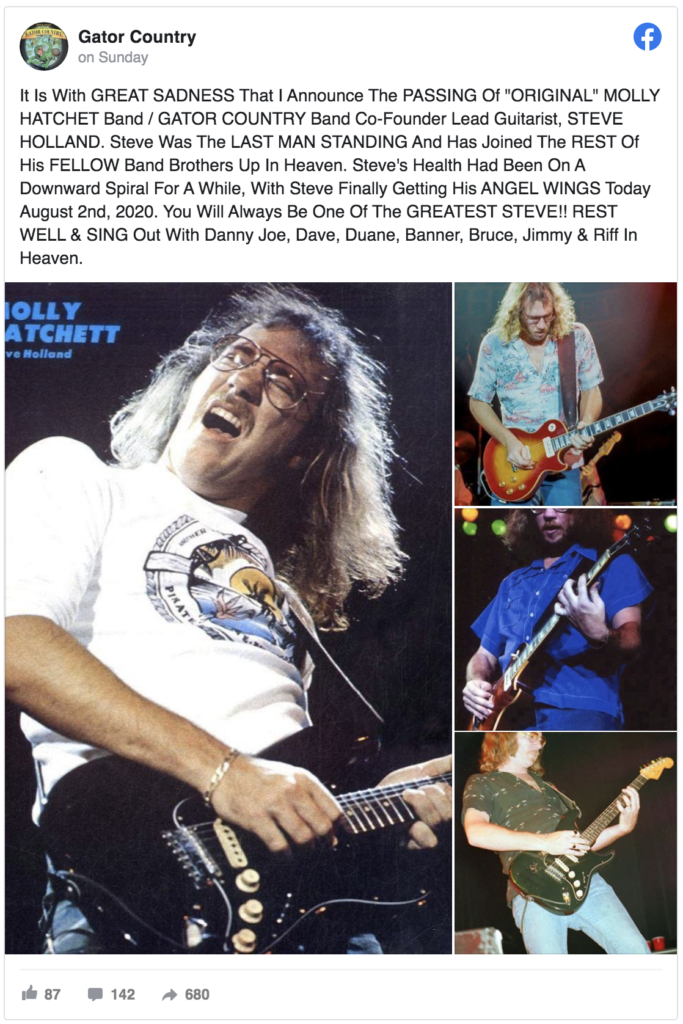 Steve Holland, original guitarist and co-founder of Molly Hatchet, has died.  He was 66. No cause of death was given for the guitarist, who played on the band’s first five albums, including 1979’s breakthrough Flirtin’ With Disaster. Holland was the last surviving member of the Molly Hatchet original lineup; the other five members had all passed away in their 50s and 60s.

Molly Hatchet posted a message saying: “Our deepest condolences are sent to the family of Steve Holland, guitarist and co-founder of Molly Hatchet of his passing. Steve left the band in 1984. He will be missed and remembered by all. RIP 1954-2020.”

Holland formed a new band in 2005, Gator Country, who reported that Holland’s health had been on “a downward spiral for awhile.” Gator Country original members were all former Molly Hatchet bandmates, including Jimmy Farrar, Bruce Crump, Duane Roland and Ralph “Riff” West, with the band releasing a live album in 2008. All are now deceased.