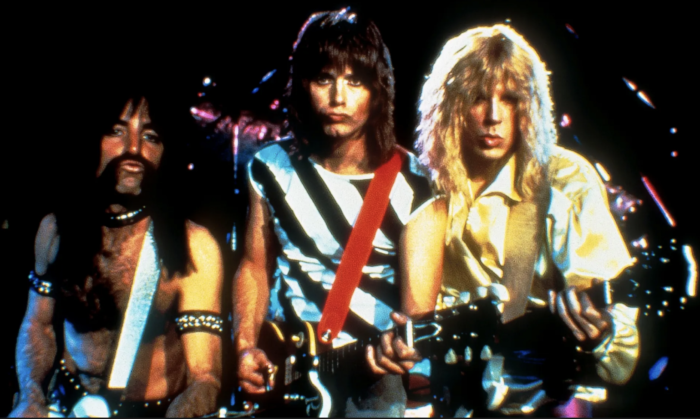 After four long years in a protracted court battle, it looks like This Is Spinal Tap creators have reached a settlement with Vivendi, Studio Canal and Universal Music that will “restructure the parties’ relationship and modifying contracts pertaining to the picture’s distribution.”  What does this really mean?  The creators may finally be getting their deserved revenues and rights back.
1984’s iconic rockumentary This is Spinal Tap was co-created by actors Harry Shearer, Michael McKean, Christopher Guest and director Rob Reiner.

According to Shearer, who started the lawsuit in 2016, despite decades of cult success, the “band” had earned just $81 in merchandising income and $98 in musical sales income from the project.  Say what?? They alleged “Hollywood accounting” sins, Vivendi bungling trademark rights, and more. The four demanded hundreds of millions in damages plus hoped to reclaim This Is Spinal Tap by exercising termination rights under the Copyright Act.

Let’s hope it works out.  If any movie deserves a remake or a sequel, this is certainly the one! Turn it up to 11!!