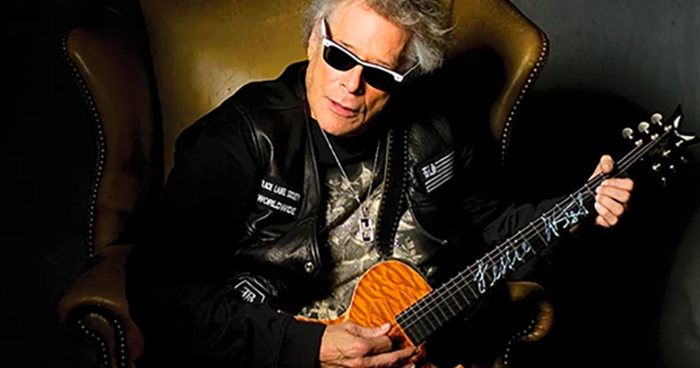 The House of Hair is sad to report that Leslie West, legendary guitarist, and founder of the band, Mountain, has died. He was 75. West’s brother, Larry West Weinstein, has confirmed the news. West had been very ill and had suffered cardiac arrest on Monday and was on a ventilator at a hospital near his home in Florida, where he never regained consciousness.

Rockers all over the world had been tweeting their good wishes to West since his hospitalization and a Facebook post from his brother asking for prayers. KISS, Slash, and so many others were influenced by West in their careers. Fans all over the world have listened to his biggest hit, “Mississippi Queen”, for decades.

Twisted Sister singer and House of Hair host, Dee Snider, was a particularly close friend of West, and had recorded with him. “The final hours on this earth for the amazing Leslie West of Mountain. His voice and guitar will be silenced but his music will live forever. I am heartbroken. Prayers for him and his amazing wife, his rock, Jenni who is with him now. @lwestmountain”.

Snider continued to rave about West’s tremendous influence on rock music, tweeting: “Leslie West and Mountain are one of the founding fathers of heavy metal. His explosive, powerful guitar playing and seering solos helped define the genre. Attending guitarists gatherings with Leslie I saw ALL guitarists bow down before him (yes even @eddievanhalen)… And his influence on HIP HOP (You heard me!) is undeniable. His song Long Red has been sampled on over 750 hip hop tracks including Jay-Z 99 Problems. What an incredible force @lwestmountain was!”