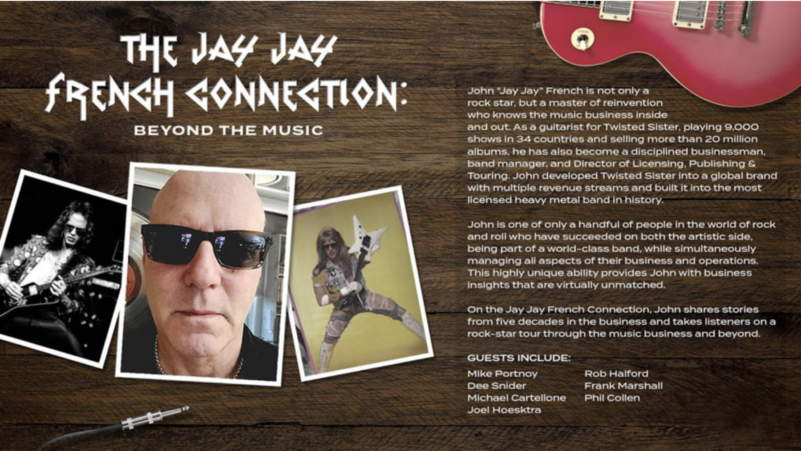 John “Jay Jay” French is not only a rock star, but a master of reinvention who knows the music business inside and out.  As a guitarist for Twisted Sister, playing 9,000 shows in 34 countries and selling more than 20 million albums, he has also become a disciplined businessman, band manager, and Director of Licensing, Publishing and Touring.  John developed Twisted Sister into a global brand with multiple revenue streams and built it into the most licensed heavy metal band in history.

John is one of only a handful of people in the world of rock and roll who have succeeded on both the artistic side, being part of a world-class band, while simultaneously managing all aspects of their business and operations.  This highly unique ability provides John with business insights that are virtually unmatched.

On the Jay Jay French Connection, John shares stories from five decades in the business and takes listeners on a rock-star tour through the music business and beyond.

Listen on Podcast One, Apple Music and Spotify.