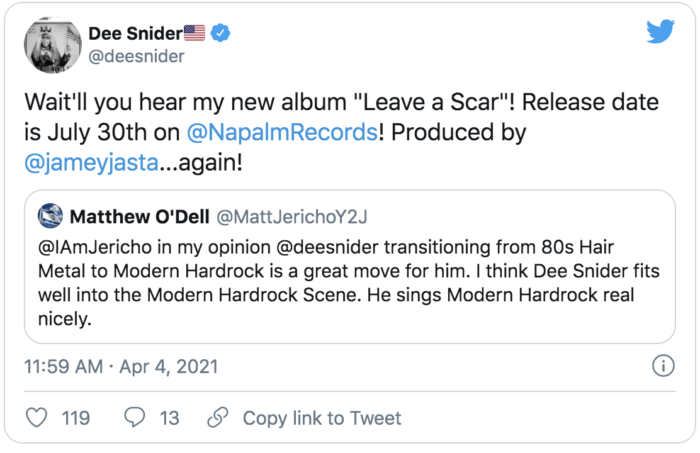 Napalm Records has set a July 30 release date for Dee Snider’s upcoming solo album, “Leave A Scar”. The follow-up to “For The Love Of Metal” was once again produced by Hatebreed vocalist Jamey Jasta and will include a duet with Cannibal Corpse frontman George “Corpsegrinder” Fisher.

Snider says that his new LP will be “very heavy,” but added that “there are some surprises on there that I think people are gonna really be excited about.” He added, “My first video is for a song I wrote called ‘I Gotta Rock (Again)’. I felt compelled to make a statement. But the video is going to be an ode to the concerts that have been missed,” because of the COVID-19 pandemic.