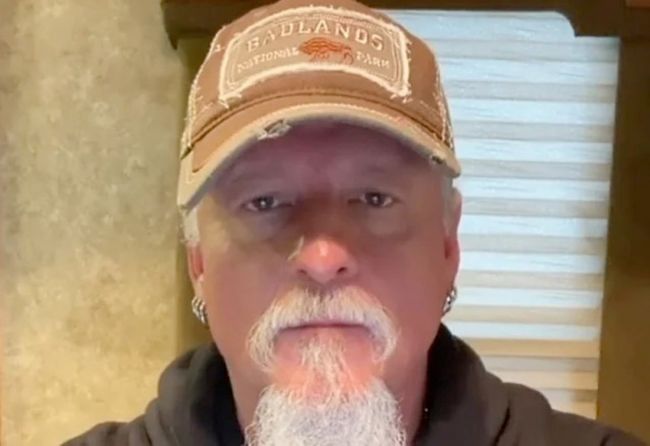 Last week, Iced Earth guitarist and producer, Jon Schaffer, was the first participant of the storming of the US Capitol on January 6, 2021 to enter a guilty plea for his part in the riot. Schaffer agreed to plead guilty to two charges: obstruction of an official proceeding of Congress and trespassing on restricted grounds of the Capitol while armed with a deadly or dangerous weapon.

Prior to the insurrection, Schaffer, who was allegedly a member of The Oath Keepers, a far-right militia group, said:

My name’s Jon Schaffer, I’m from Indiana. A group of thugs and criminals hijacked this country a long time ago. And now they’re making their big move, and it’s not gonna happen…People need to wake up and snap out of the Matrix, because they’re going down. They made the move, they’re messing with the wrong people here, trust me on that. And we needed it to be open like this. Open fraud. Open theft. Because now we see you, and you’re going down, mark my words.

Now, Schaffer is singing a different tune – and one that will get him 3 to 4.5 years in prison PLUS sponsorship for the United States Federal Witness Protection Program, because of his cooperation in prosecuting his fellow rioters.

Dee Snider has taken offense to all of it, and he’s made his views public. We’ll let Dee’s tweets speak for themselves: 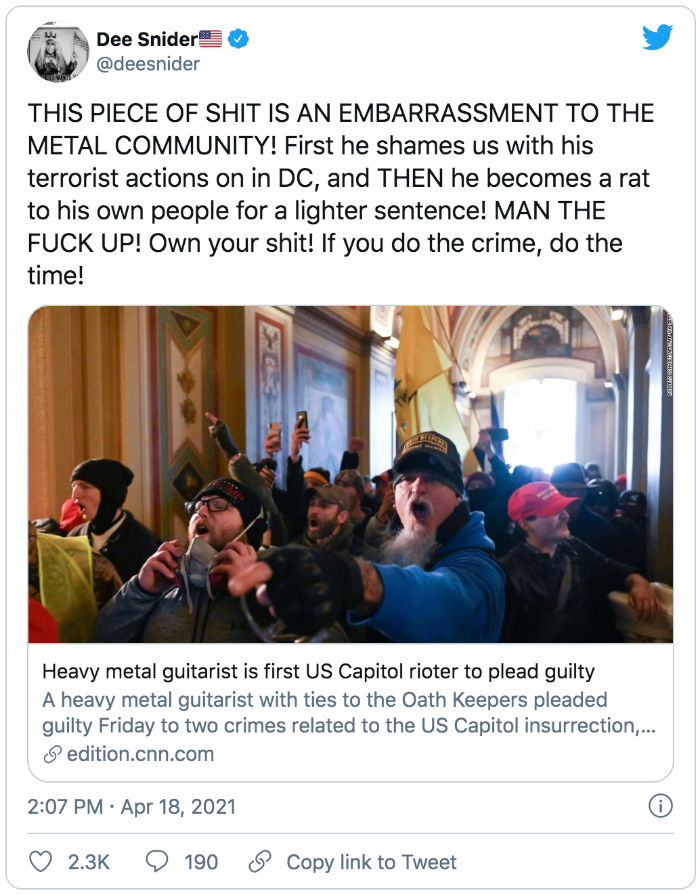 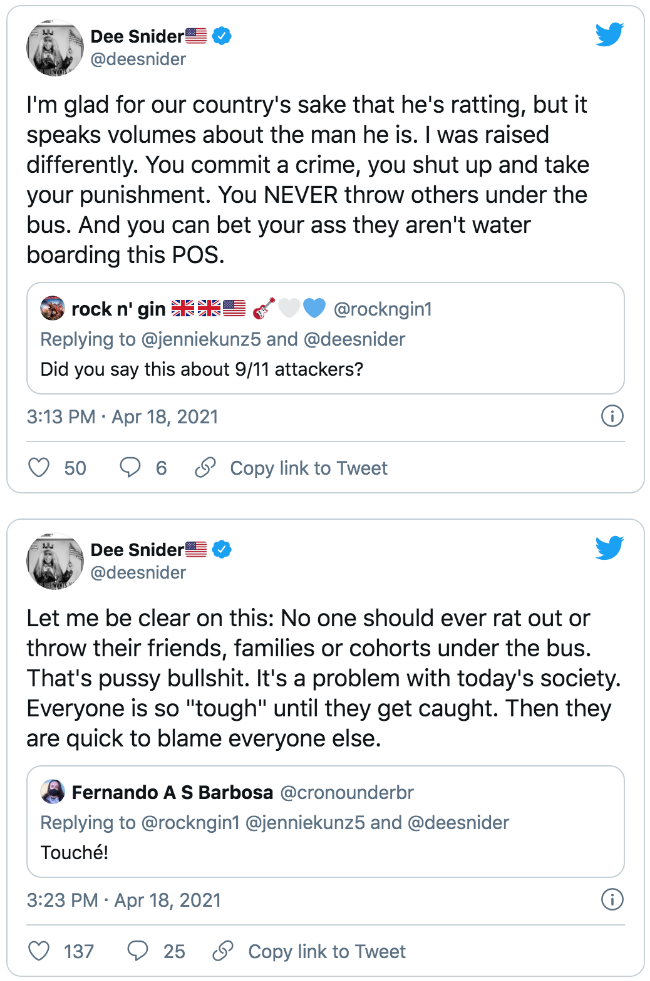