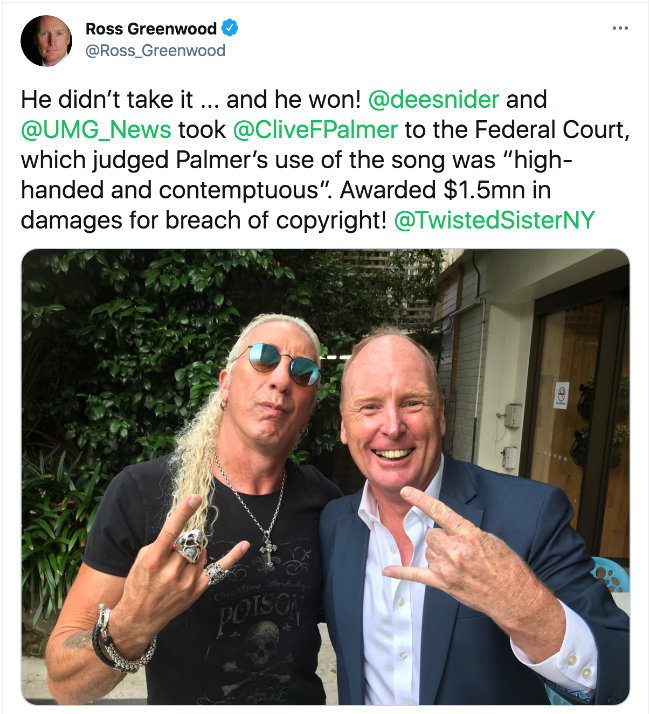 On April 30, Australian politician Clive Palmer was ordered to pay Universal Music more than $1 million for using “We’re Not Gonna Take It” in his party’s advertising.

Australian politician Clive Palmer reworked Twisted Sister’s 1984 classic “We’re Not Gonna Take It” into a campaign theme for himself titled “Aussies Not Gonna Cop It” in 2019. The only problem is that Palmer never got the rights to use the song from Universal Music, and now owes the group AU$1.5 million (roughly $1.1 million in USD) in damages.

A representative for Palmer said the campaign originally tried to get the rights to the song but didn’t want to pay the AU$150,000 fee.

Federal Court Judge Anna Katzmann ruled this proved Palmer knew he needed a license but “decided to go ahead without one.” She also declared Palmer’s claim that he had independently written the campaign anthem “ludicrous” and “fanciful,” adding that “he gave false evidence, including concocting a story to exculpate himself.”

Dee Snider, who had no financial interest in the verdict, tweeted:

“I have no financial interest in this settlement. Never did. Like many artists I sold my catalog years ago (for a fortune). I fought this fight to defend my creation & to stand up against bullies for every creative who’s ever been shit on & hasn’t been in the position to fight.” 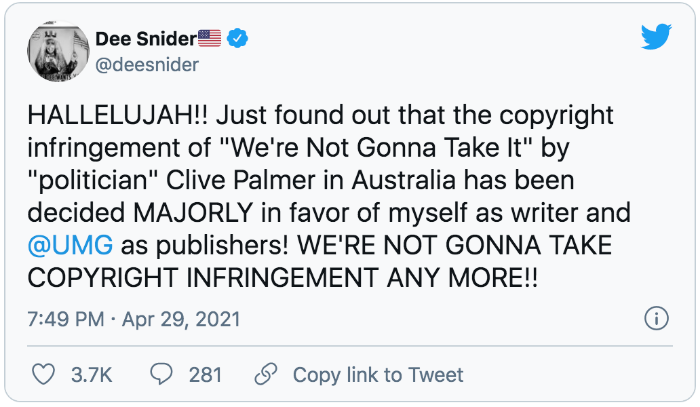 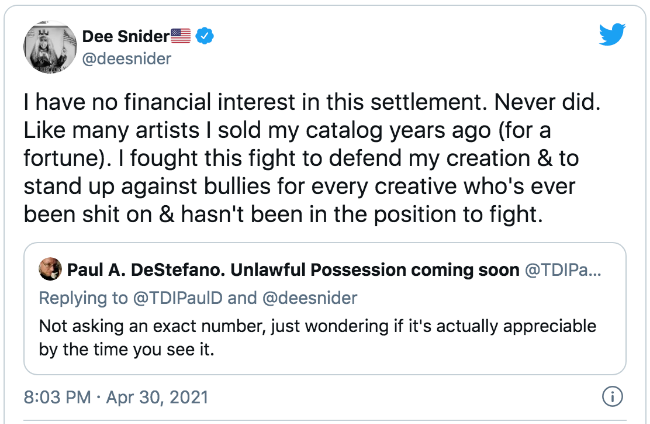