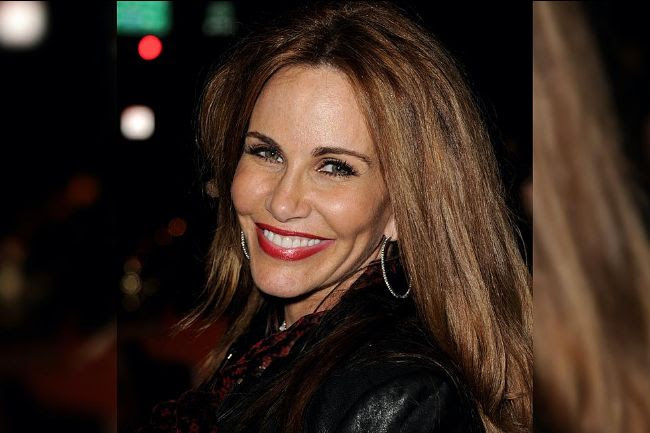 Tawny Kitaen, the actress and model best known to rock fans for her part in Whitesnake’s music videos “Here I Go Again,” “Is this Love,” “Still of the Night,” and “The Deeper the Love,” and former wife of lead singer David Coverdale, died at the age of 59 in Newport Beach, California on Friday, May 7. Kitaen’s death was confirmed by her daughter Wynter Finley.

TMZ  reported Investigators don’t suspect foul play in her death. However, the actress’ brother, Jordan Kitaen, believes a broken heart played a part in his sister’s passing. Jordan thinks her father’s death on April 12 after a long battle with cancer, was “too much for Tawny’s system to handle, especially because their dad’s funeral was just days away when she died,” per TMZ.

Tawny was born Julie E. Kitaen on Aug. 5, 1961, in San Diego. Besides her Whitesnake videos, Tawny also starred in the video of Ratt’s “Back for More” and was featured on the cover of their first album, Out Of The Cellar.

Her early TV movies were Malibu and California Girls. She also appeared on TV shows including The New WKRP in Cincinnati and America’s Funniest People, Seinfeld, Santa Barbara and more. On film, she starred in movies such as Bachelor Party, Witch Board, Happy Hour and Instant Justice. Later in life, she dabbled in reality TV on The Surreal Life and Celebrity Rebab With Dr. Drew. Most recently, Kitaen had started a YouTube channel, Tawny’s Takes, and released a number of videos on TikTok.

Tawny was married to Whitesnake singer David Coverdale from 1989 until 1991. On Saturday, he tweeted, “Just woke up to some very sad, unexpected news. Waiting on confirmation…but, if it is true, my sincere condolences to her children, her family, friends & fans.” She later wed MLB pitcher Chuck Finley in 1997 but divorced him in 2002 after a turbulent marriage. She is survived by her two daughters with Finley, Wynter and Raine.

Tawny Kitaen was writing her autobiography before her death last week at age 59 according to WBAP News/Talk.

“I am in the middle of writing a book right now because if I don’t write my life story somebody else is going to and they are going to do it off of sound clips that aren’t true and not real about me, so it’s really, really important that I get my book out,” Kitaen said.

During the interview, Kitaen also revealed that she dated disgraced movie mogul Harvey Weinstein in the ’80s for a few weeks. She explained that “nothing ever happened” between the two of them and described him as a “complete gentleman,” which is why she was “completely blown away and disgusted” when she learned about the accusations against him.

In the 1990s Kitaen became as well known for her offscreen troubles as she was for her onscreen success. She had an affair with OJ Simpson, was charged with domestic violence during her second marriage – to baseball star Chuck Finlay – and was arrested twice in the 2000s: once for possession of cocaine, and once for driving under the influence.

Kitaen said that she would be happy, “even if I only sell two copies,” adding that she would do a follow-up interview after the book is published because there would be “a lot more secrets we can talk about.”

Sadly, she took those secrets to an early grave.