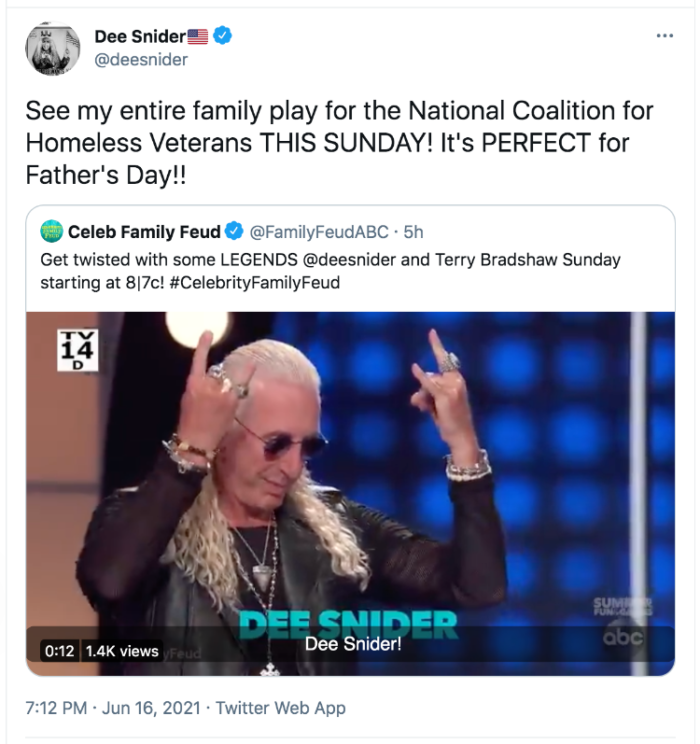 “My family and I — the whole Snider Growing Up Twisted clan — are on Celebrity Family Feud,” the rocker declared during an interview on Twisted Sister bandmate Mark Mendoza’s Facebook Live show 22 Now. “We went up against [NFL Hall of Famer and current co-host of Fox NFL Sunday] Terry Bradshaw and his family. And I will just say we kicked ass and we represented.”

Well, of course you did Dee – you rock!!

He went on to say, “We were kind of debating, do we go in and treat it like it’s a joke — you know what I mean? Just like a big goof out of it — or do we take it seriously? They expect us to be a joke… So we said, ‘We’re gonna go in there and go for the gold.’  That’s the ‘tude Dee!

Dee and his family can be seen on Celebrity Family Feud this Sunday at 8PM on ABC. 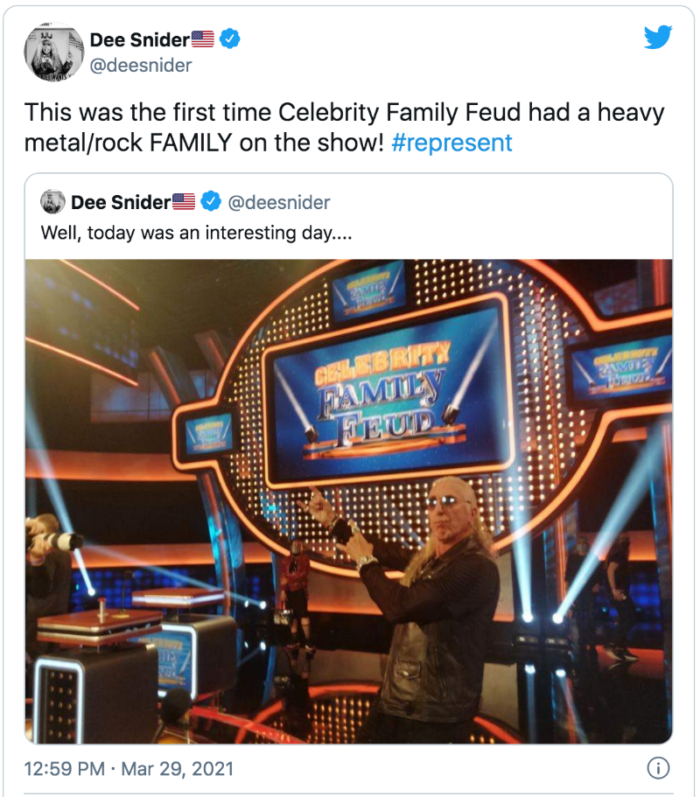