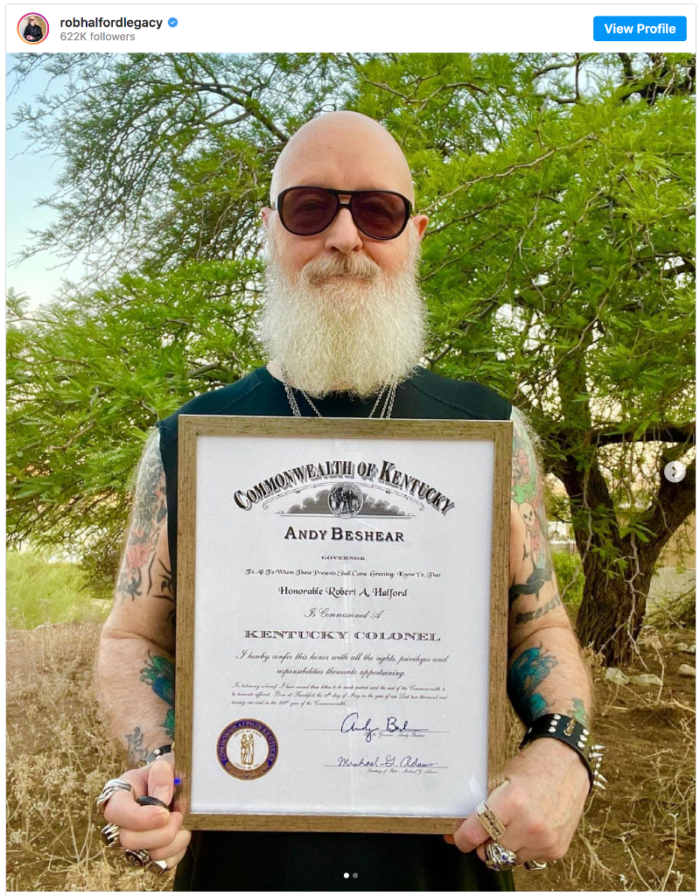 Judas Priest vocalist Rob Halford is now a Kentucky Colonel!  What the hell is that?? According to the state, it’s a “recognition of an individual’s noteworthy accomplishments and outstanding service to our community, state, and nation.” Halford was presented the title by Kentucky governor Andy Beshear and secretary of state Michael Adams.

“‘Thank you governor and the people’s of Kentucky a great honour and organisation that’s making good things happen,'” said Halford on his Instagram.

The Kentucky Colonels is also a non-profit charitable organization, and those named as colonels are people who “go that extra step in kindness, goodwill and pride in the Commonwealth of Kentucky.”

Unbeknownst to us, there are several other rockers who have gained this recognition – Robert Plant, Dave Mustaine, John Lennon, Tommy Thayer and Zakk Wylde.  One question – are any of these guys actually from Kentucky?