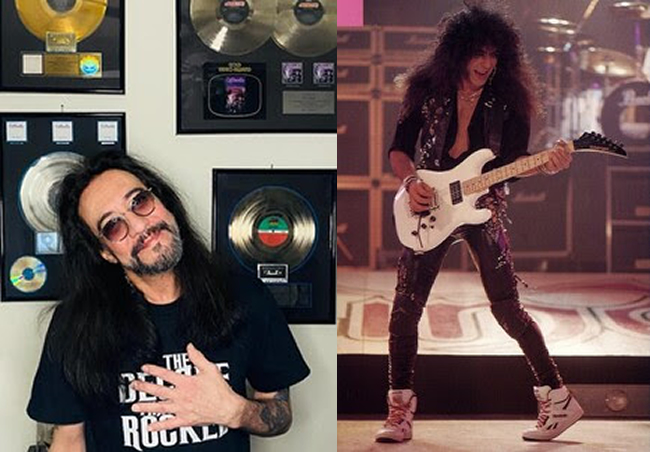 Cinderella guitarist Jeff LaBar has died at the age of 58. The cause of death remains unclear.

“Heavy hearts cannot begin to describe the feeling of losing our brother Jeff. The bond between us over decades of creating music and touring the world is something that we as a band uniquely shared. Those memories with Jeff will be forever alive in our hearts. It’s unimaginable that one of our band brothers has left us. We’re sending his wife Debinique, his son Sebastian, family, and friends our deepest condolences.
Jeff’s memory and music will be with us forever.

We all… band, family and management appreciate the overwhelming outpouring of love.
Rest In Peace Jeff”

The news was confirmed in an Instagram post by LaBar‘s son, Sebastian, who wrote, “My father, my hero, my idol, passed away today. I’m currently at a loss for words. I love you pop! If you could, please share pictures or video of all the fun times we all had with my dad. It would be greatly appreciated.” 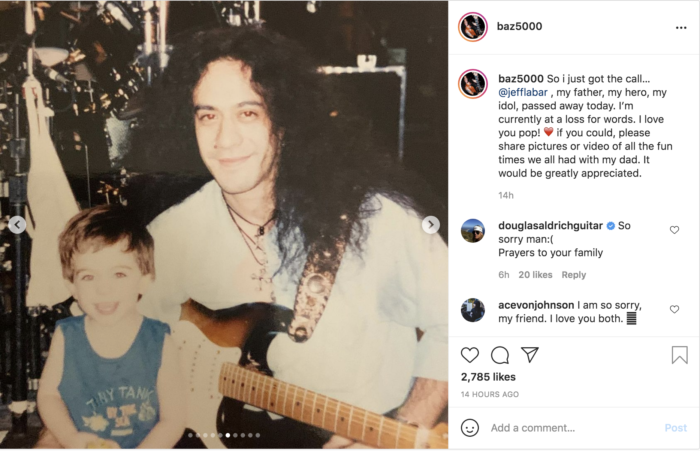 LaBar joined Cinderella in 1985. He went on to play on the band’s albums Night Songs (1986), Long Cold Winter (1988), Heartbreak Station (1990) and 1994’s Still Climbing, and was their longest serving member apart from Tom Kiefer and Eric Brittingham.

In 2016 LaBar told the Another FN Podcast: “We all made a pact a long time ago to not continue Cinderella if one of us dropped out. And I think vocalist and guitarist Tom Keifer is going to stick to that. I don’t talk to him anymore, so I don’t really know for a fact. But we all made a pact not to do it if it wasn’t the four of us – and it’s not the four of us anymore.

“I can only speculate, but I believe it’s all my fault. It’s no secret that I’ve had a drinking problem. And it showed its ugly face on one of those cruises. I guess that’s what caused a rift. When I fell out on one of those cruise ships in front of everybody — like, basically O.D.’d — that’s when the band, and mostly Tom, took notice and was, like, ‘What the fuck?'”

Asked if he was sober at the time of the interview, LaBar said: “No, I’m not. Which is the problem. Which is probably the problem. Like I said, I can only speculate, because I don’t talk to the other guys anymore. I talk to Fred every now and then. Eric lives 20 minutes from me. We haven’t talked lately, but Eric and I have been the most consistent of all my bandmates throughout the past 32 years. It’s just Tom and I that don’t talk anymore. And I can only speculate that he’s very disappointed and doesn’t wanna see me die. He doesn’t wanna witness me dying.”

LaBar continued, “I have a history. It’s not just these past issues. I have a history of drinking and cocaine… In the ’80s, it was cocaine abuse. In the ’90s, it was heroin. I went through every cliché phase that a rock star could go through. It just wasn’t highly publicized. I was arrested, I went through rehab, I did all the things Mötley Crüe did. I just didn’t publicize it. I was Mötley Crüe and Guns N’ Roses all wrapped into one. As a band, we tried to hide our dirty laundry, and most of our dirty laundry was me. We didn’t try to hide it; we just didn’t publicize it. We just didn’t tell people. ‘Oh, yeah, Jeff‘s in rehab. Jeff‘s in jail. Jeff‘s in… whatever.’ We just didn’t publicize it. We actually kept it to ourselves. It was our family. It was our family business, and that’s how we treated it.”

LaBar said that he didn’t hold a grudge against his longtime friend and bandmate [Keifer]. “I understand why he doesn’t return my calls, and I don’t blame him,” he said. “I understand. And hey, you know, he’s been the major talent of Cinderella all this time, and he deserves to be solo. Not deserves to be solo, but, you know, it was inevitable for him to go solo. He’s just one of those guys — lead singer, main songwriter. It’s inevitable that he should go solo and basically dump [laughs], dump the dead weight.”

When LaBar’s debut solo album, One For The Road, was released in 2014, he told Guitar World, “Because I had been threatening to do it for so many years, the fact that I did it was a big accomplishment. It finally took my friends and loved ones to really encourage me to do it. I hope it makes an impact and that people enjoy it.”  Check out “No Strings” from his solo album, below.

A cause of death has not yet been announced.