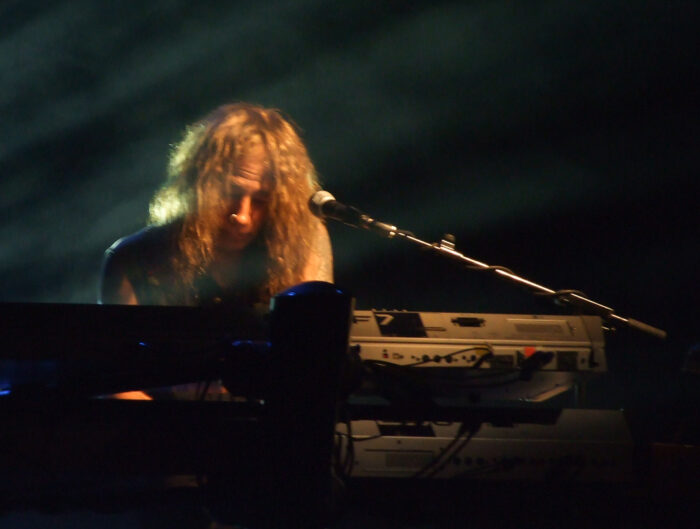 Sadly, just a day after hearing of Jeff LaBar‘s passing, Cinderella announced that their longtime keyboardist, Gary Corbett, had also died.  He had been battling lung cancer for the last year. Corbett had been told that his particular cancer was treatable, but after undergoing radiation, chemo and immunotherapy, he succumbed to his illness, after finding out the cancer had spread to his brain and his hip.

Cinderella wrote in a statement: 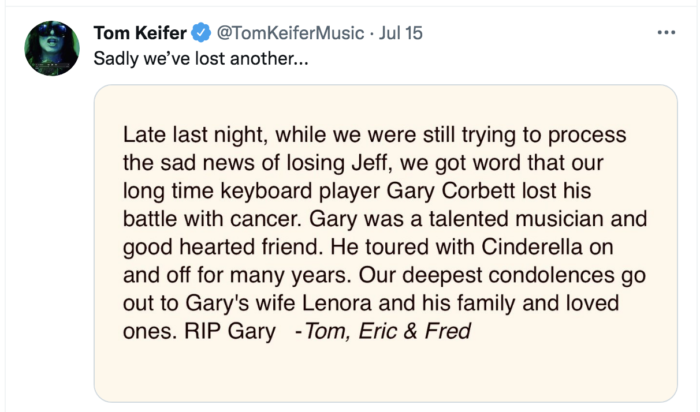 Corbett was a sought-after session player in New York, touring with the likes of Cherry Vanilla, Ian Hunter and Lou Gramm before being noticed by KISS.  With KISS, he played keyboards offstage on the 1987 Crazy Nights tour. He then went on to play with Cinderella from 1990-1995 and then again from 1998-2014. Recently, he was a member of the all-star band Scrap Metal, with the Nelson twins, Lita Ford, Mark Slaughter and many others. He also co-wrote “She Bop,” a huge hit for Cyndi Lauper.

Corbett is survived by his wife, Lenora, and family.  Unfortunately, they are saddled with medical bills and have started a GoFundMe to help pay the costs.