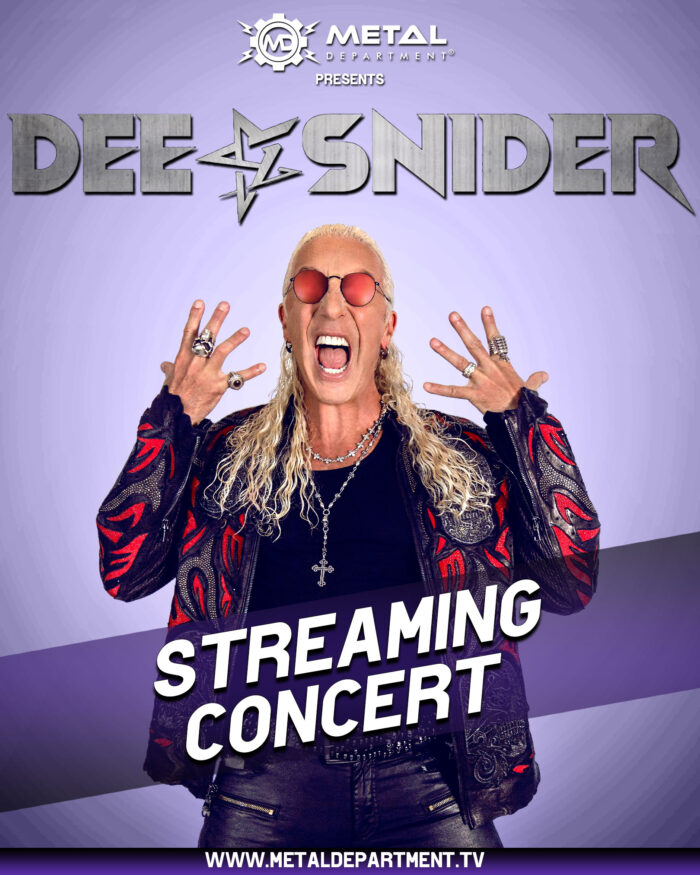 Our very own Dee Snider, who also happens to be a legendary heavy metal vocalist and pop culture icon, recently announced his triumphant fifth full-length album, Leave A Scar, out July 30, 2021 via Napalm Records.

To commemorate the release of his new album, Dee has announced a streaming event for his fans on Thursday, July 29th. All ticket buyers will gain access to the concert stream on the 29th, as well as on-demand access to any and all content from the event for a 30-day period!

The livestream features a very special concert from Dee and his solo band, from a recent performance in New York.  Look for his new music, his past solo music and also some Twisted Sister gems – hell yeah!! Tickets for the livestream are available at www.metaldepartment.tv.

“By the end of 2020, I knew I not only had to get back into the studio, but for the first time since the ’90s, I wanted – no, needed – to be a part of the writing process. I reached out to my producer Jamey Jasta and told him I was ready to make another record. Leave a Scar is filled with messages to and for the silent voices in the world who need someone to speak out on their behalf. This is my purpose.”

Grab your tickets at www.metaldepartment.tv.