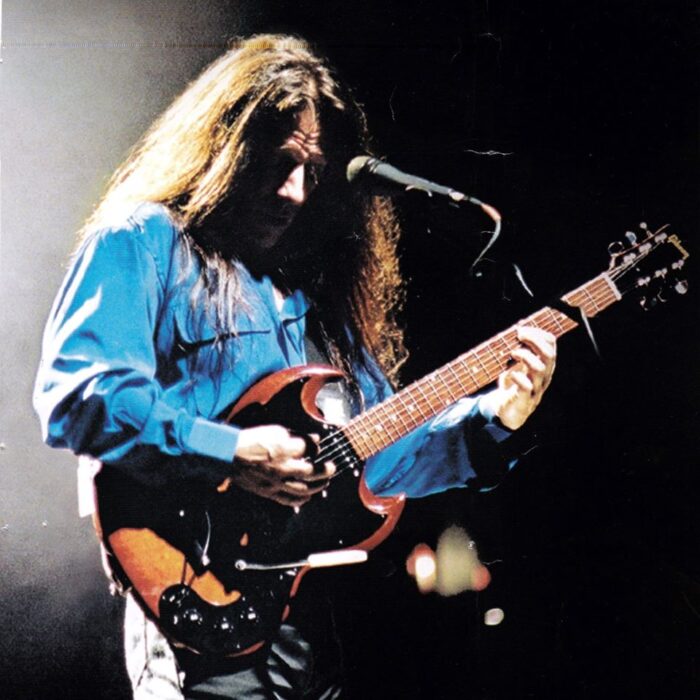 Frank Marino, the legendary Canadian guitarist and leader of the band MAHOGANY RUSH, has announced his retirement from touring after developing an “unexpected and debilitating” medical condition.

Marino, who is 66, has not revealed any specific details about his condition, but said that it has made it “impossible” for him to play any more shows, and he has asked for prayers. He posted the following on his Facebook page: 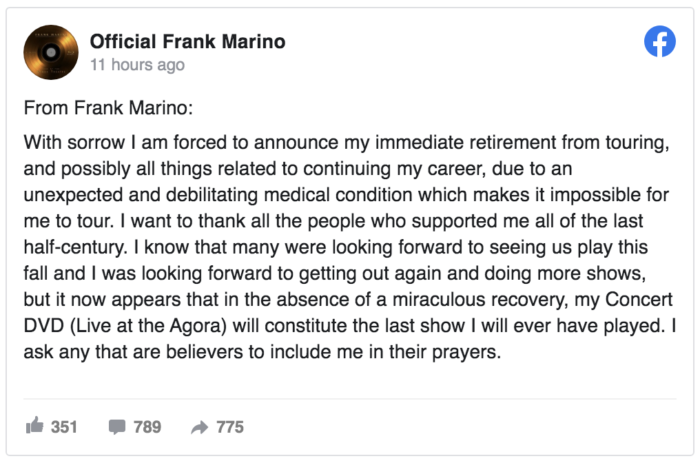 Marino has influenced many virtuoso guitar players, including Steve Vai and Zakk Wylde.  In a 2015 interview in Guitar World, Wylde said:

“Frank is just an amazing combination of feel, taste, musicality and technique. It’s all there, and in staggering degrees. I love the way he plays blues—it’s like, as opposed to being a Ford Model T of the blues he’s a Formula One racecar. And then you throw in the jazz element, and it’s just, wow. The way he can play bebop and jazz-type stuff with that much confidence…he’s not dicking around. He actually knows what he’s doing. Within the guitar community, he’s a god.”

Marino has led Mahogany Rush for 50 years and has also released numerous solo albums. His last live album, “Live At The Agora Theatre,” is available on DVD/Blu-ray. Recorded live at The Agora Theatre in Cleveland, Ohio in 2010, this EPIC performance is six hours long!  Support Marino and order your copy here.

All best wishes from the HOH, Frank – RESPECT!!