Joey Jordison, founding drummer for Slipknot, has died at the young age of 46. His death was confirmed by his family.

“We are heartbroken to share the news that Joey Jordison, prolific drummer, musician and artist passed away peacefully in his sleep on July 26th, 2021. Joey’s death has left us with empty hearts and feelings of indescribable sorrow. To those that knew Joey, understood his quick wit, his gentle personality, giant heart and his love for all things family and music.”

A cause of death was not immediately available. 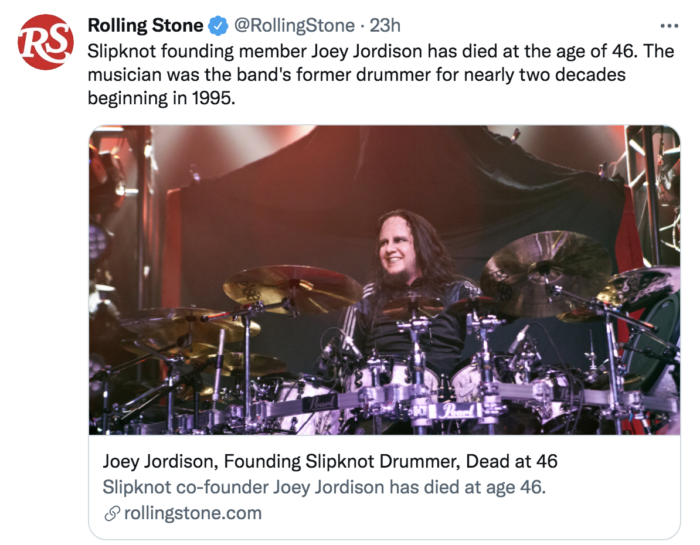 Jordison co-founded Slipknot in 1995 with bassist Paul Gray and percussionist Shawn Crahan Their debut album, Mate. Feed. Kill. Repeat., was released in 1996, followed by their self-titled major label debut in 1999. Corey Taylor had joined as the band’s lead vocalist.

Jordison played on all four of Slipknot’s first studio albums, but in December 2013, Slipknot posted a message announcing that they were “parting ways” with Jordison.  Jay Weinberg, son of E Street Band drummer Max, replaced him.

Apparently, the parting was not mutual or amicable. “No band meeting? None. Anything from management? No, nothing,” said Jordison. “All I got was a stupid fucking email saying I was out of the band that I busted my ass my whole life to fucking create.”

Later, in 2016, Jordison revealed that he was suffering from transverse myelitis, a rare neurological disease that affects the nervous system, deteriorating motor skills and, in some cases, leading to paralysis. “I lost my legs. I couldn’t play any more,” the drummer admitted. “It was a form of multiple sclerosis, which I don’t wish on my worst enemy.”

The condition did play a role in his dismissal from Slipknot as Jordison recalled,  “They got confused about my health issues and obviously even I didn’t know what it was at first. They thought I was fucked up on drugs, which I wasn’t at all. But, I’ve been through so many things with those guys and I love them very much.” It is unclear if his condition was related to his death. 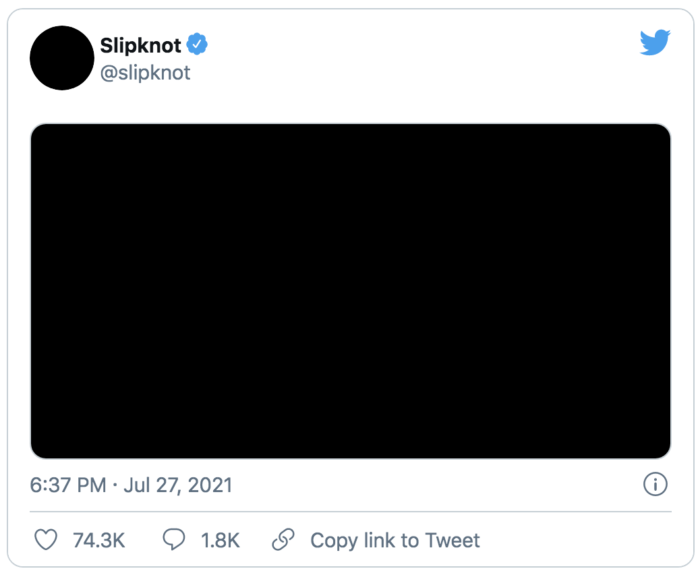