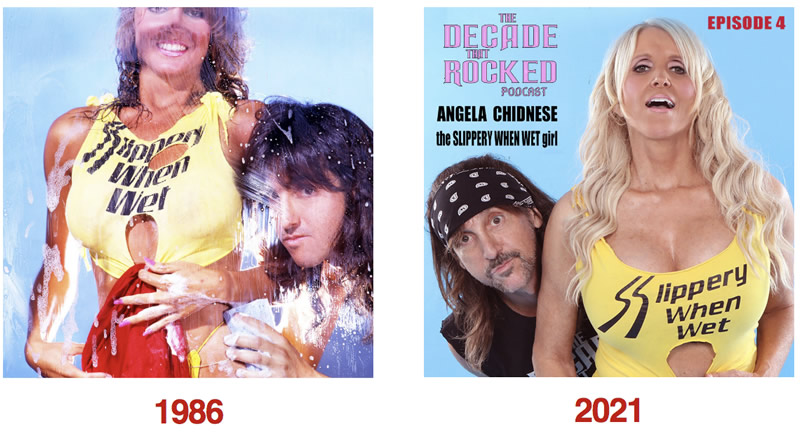 What iconic photos hasn’t Mark Weiss shot? Recently, Mark caught up with Angela Chidnese, better known as the “Slippery When Wet” girl.  Angela was supposed to be on the Bon Jovi album cover, before the censors stepped in. Of course, the celebrated photo spent years on millions of bedroom walls and school lockers. Angela and Mark reflect on the infamous shoot, what lead to the ultimate album cover, and lots of other great stories.

Check out the podcast link on the pictures, and Mark Weiss’ book The Decade That Rocked plus get a personalized copy at thedecadethatrocked.com/shop.  Get Bon Jovi signed prints at rocksceneauctions.com.