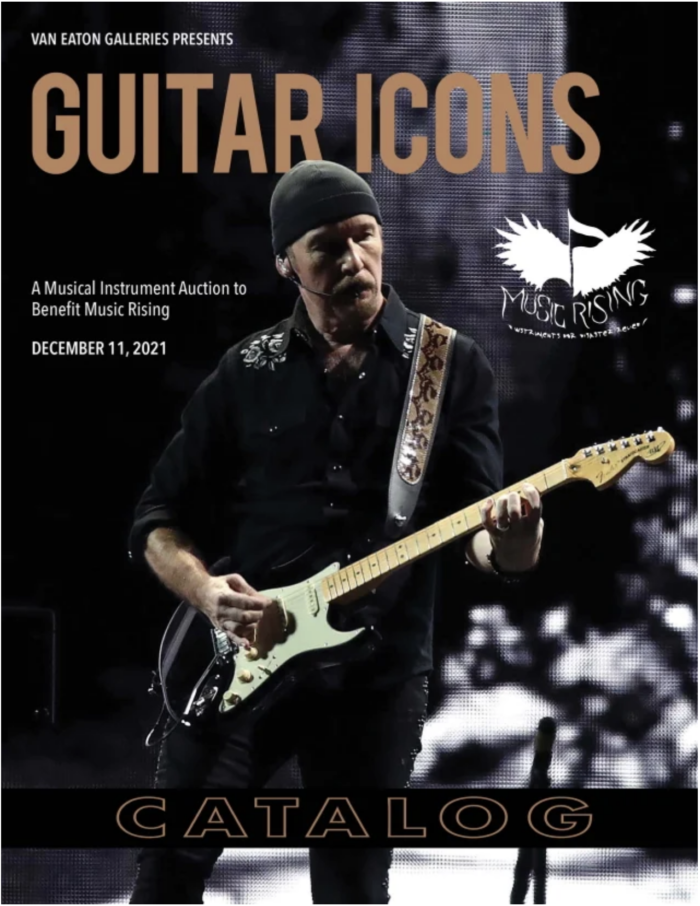 U2‘s The Edge and producer Bob Ezrin, co-founders of Music Rising, have announced “Guitar Icons: A Musical Instrument Auction To Benefit Music Rising”, to take place December 11, 2021. The live and online auction will offer a significant collection of guitars and other music memorabilia by some of the world’s most prominent musicians and friends of Music Rising. The auction will help support the musicians of the NOLA region after a long period being without income.

“Guitar Icons: A Musical Instrument Auction To Benefit Music Rising” includes an exclusive collection of important instruments donated by friends of the charity.

All of the instruments have a unique and special story and provenance and together make up an extraordinary example of some of the greatest moments in music history.

Music Rising was co-founded by The Edge and Ezrin, along with a host of music industry partners in 2005 after the devastation of Hurricane Katrina. Since its inception, Music Rising has provided millions of dollars in aid to musicians and recipients of music education across the country.

The auction will take place at Van Eaton Galleries located at 13613 Ventura Blvd in Sherman Oaks, California beginning at 10:00 a.m. PDT on Saturday, December 11, 2021. The auction will also stream live and be online via various auction platforms all available through vegalleries.com/musicrising. Proceeds from the auction will be administered by the New Orleans Jazz & Heritage Foundation on behalf of Music Rising.  For more information, visit MusicRising.com and Van Eaton Galleries auction for Music Rising.