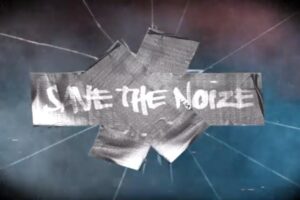 Dee Snider, Steel Panther's Michael Starr, The Hooters' Eric Brazilian and Dark Funeral's Chad Mol are just a few of the big names who appear on the forthcoming charity single "Save The Noize 2". The track helps to raise funds for the Musikerforbundets Crisis Foundation. "Save The Noize 2" will be released on November 19th, 2021 via Sound Pollution. After the highly ... END_OF_DOCUMENT_TOKEN_TO_BE_REPLACED 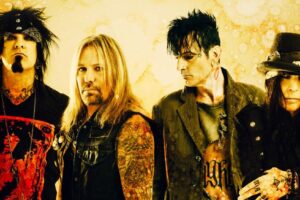 You may have heard that Vince Neil took quite a tumble last Friday during his show at Monsters On the Mountain in Pigeon Forge, Tennessee, breaking a few ribs. Neil’s band continued the set without their frontman, with guitarist Jeff Blando handling vocal duties. Mötley Crüe bassist Nikki Sixx offered up an update on Vince, saying that Neil is "on the mend" and was "really ... END_OF_DOCUMENT_TOKEN_TO_BE_REPLACED 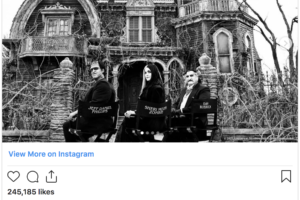 Dude playing Grandpa looks like a dead ringer... but it will be hard for all of them to walk in the original TV shows' beloved iconic actors' shoes.   ... END_OF_DOCUMENT_TOKEN_TO_BE_REPLACED 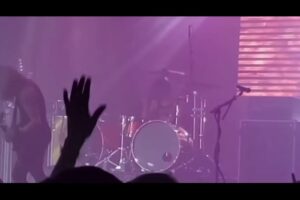 Vince Neil fell off stage last Friday during a show at Monsters On the Mountain in Pigeon Forge, Tennessee. Fan-shot video footage of the incident from Vince’s solo gig showed the 60-year-old walking to the front of the stage of the LeConte Center in Tennessee, moving closer to the audience to get them all clapping along. He then took a fast tumble down ... END_OF_DOCUMENT_TOKEN_TO_BE_REPLACED 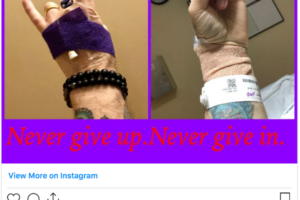 Judas Priest frontman Rob Halford revealed he's been battling prostate cancer, but was given the all-clear in June 70-year-old Halford dropped the bomb during an interview with Heavy Consequence to promote Judas Priest’s 50 Heavy Metal Years of Music anniversary box set, which was released today. Fortunately, he says he’s in remission: Halford has revealed that he battled ... END_OF_DOCUMENT_TOKEN_TO_BE_REPLACED 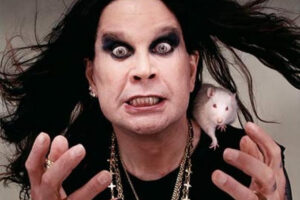 In a very tongue-in-cheek interview with Metal Hammer, Ozzy says that years of devoted service to Satan must have fortified him against the killer COVID-19 virus. “My wife had the virus; my daughter had the virus and I never got it,” he muses. “Being a devil worshipper does have its good points!” It's a JOKE everyone! Lighten up! Ozzy also gave us all a health update, ... END_OF_DOCUMENT_TOKEN_TO_BE_REPLACED 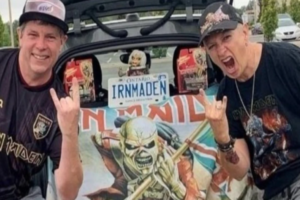 Paging Dee Snider!  We need some of your PMRC righteous energy to fight this one! Parents at Eden High School in St. Catharines, Ontario have launched a petition to fire Principal Sharon Burns because she is an Iron Maiden fan. Say what? More than 500 parents have signed the petition to transfer Burns after she posted a picture of Iron Maiden's mascot Eddie, and a ... END_OF_DOCUMENT_TOKEN_TO_BE_REPLACED 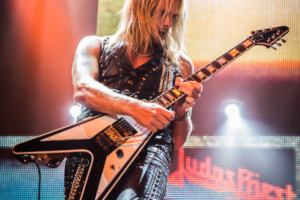 UPDATE ON RICHIE FAULKNER: We have an update on Richie after his heart surgery this past week...and unbelievably, it's from Richie himself. Read his terrifying/uplifting/miraculous story below! Maniacs… I’ve always been grateful for the opportunities I’ve been presented with. I’ve always considered myself THE most fortunate man ever - to be able to play my favourite ... END_OF_DOCUMENT_TOKEN_TO_BE_REPLACED 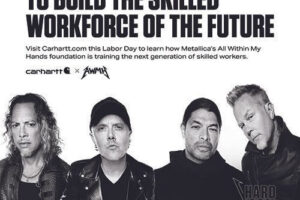 Help Wanted: Hardworking Rock Stars 40 years ago, Metallica was founded when singer James Hetfield answered drummer Lars Ulrich’s classified ad and ended up with a career that changed his life. This Labor Day, Carhartt and Metallica’s All Within My Hands’ Metallica Scholars Initiative are taking a page out of the band’s playbook to recruit a new generation of people to the ... END_OF_DOCUMENT_TOKEN_TO_BE_REPLACED